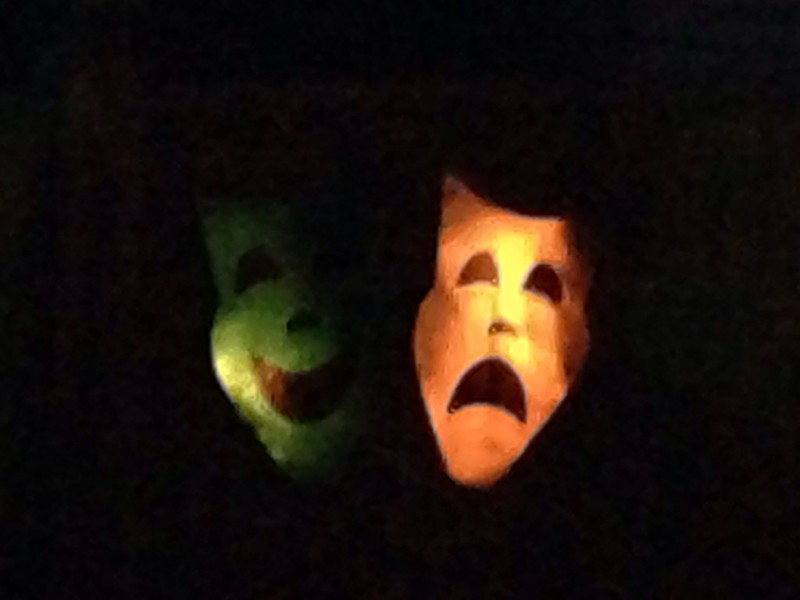 Tears can’t always be explained. Perhaps you saw this video of a toddler crying as his sister plays Beethoven’s Piano Sonata No. 14 in C-sharp minor (“Moonlight”), first movement. She does a nice job, but he is feeling rather than talking, so there’s no telling. Speaking of inexplicable, this is the 3rd movement played beautifully in full as part of a motivating morning ritual that includes aromatherapy and oils; it’s an ad. Here is Glen Gould, who plays faster than most. Some say this version by Emil Gilels is the best. Perhaps. But it doesn’t make me cry. Whether it would the child we cannot know. Samuel Barber’s Adagio for Strings, though, is the apotheosis of weeping. This short radio excerpt explains its history and impact as it was placed in the National Recording Registry. Here is the debut recording from 1938 with Arturo Toscanini.

There are bad ways to make people cry, of course. One sort uses the saccharin, the overly sentimental story. These have been passed around as long as there have been ways to share.  Someone invented the term “glurge” to separate them from real-life examples. Snopes, of course, is happy to sort the truth from the fiction, the legend from the unconfirmed. A few are even true and cryable as this one might: Jack Benny (a comedian in case you don’t remember) arranged for a rose to be delivered to his wife every day from his death to hers. I emphasize the “might.”

Sometimes, at the last moment, a directorial decision can go beyond sweetness and change tears to anger. In the movie The Notebook, we have Noah going to sleep with Allie. Spoiler: He doesn’t wake up. While we might have expected her passing, his was random and just a wee bit too much. Seriously, part of the pathos of the death of a spouse is that one has to go on without the other. It’s not easy, like this ending. And it doesn’t happen in the book. You can watch the scene here. But far worse was the ending of Downton Abbey Season 3. Spoiler: A baby is born, bliss expressed between doting parents, father killed on the way home. A clip here. I was so upset that I vowed not to watch another minute of the series and continued with that sentiment until the next season began. I figured they were as upset as I was, and I should support them. Knowing that the character left the series helps not a bit, but the actor was still apologizing as recently as 2019. Lady Sybil died earlier in the season, of course, but we were prepared via multiple foreshadowed, poorly decided medical decisions.

Another way to make people cry is meanness, except when it makes us laugh. This brings us to the first movie, You Again (2010). It didn’t get particularly good reviews on RottenTomatoes (19% critics, 43% audience). On Amazon Prime, however, it receives 4.5 stars from over 3200 viewers, with 88% giving it 4 or 5 stars. That’s quite a difference. The older Mean Girls (2004) has been wildly popular since its apparently quotable debut, but the premises are different. The latter is a teen movie, while the former film spans generations. In You Again, it’s not the audience crying; it’s the characters. We are laughing—not at their tears but at the pratfalls and complications. Not a spoiler: There is plenty of meanness to go around.

So what’s to like in You Again? The star power is remarkable, especially for a PG rom-com. The women—Kristen Bell, Jamie Lee Curtis, Betty White, Sigourney Weaver, Odette Annable (later Dr. Jessica Adams on House), Kristin Chenoweth—may be overdoing things a bit, but that’s part of Betty White’s schtick anyway. There are also cameos: Dwayne Johnson, Patrick Duffy, Hall and Oates, and another star not named in cast lists because any mention would give away a funny bit at the end.

The story is not entirely predictable, a good thing. We are prepared (manipulated?) to expect one outcome and get another, probably a better thing. More importantly, however, we learn something about redemption (the 4th  and highest “R” of literature) and even the 3rd one (revelation) as we understand our own misguided expectations. Well, as long as we’re on them—the 1st R is recreation, and the 2nd is recognition—and each has a role in this funny depiction of meanness for us and the characters.

Obviously, the term “meanness” doesn’t seem sufficient for the horrors of history. Because the Russians were allies in World War II, Stalin and the millions of deaths attributed to him are often secondary to their role in defeating the Nazis. It was the Russian Army that secured Berlin, leading to German surrender in 1945. Stalin had Hitler’s body returned to Moscow so that it couldn’t be used as a symbol for sympathizers. However, he failed to punish the soldiers who pillaged and raped afterward and broke promises regarding Sovietization of Eastern Europe. Purges of Communist Party members were common, the basis for Within the Whirlwind (2009).

Yes, this is the movie during which I cried. While there are some WWII movies and television that have humor— (JoJo Rabbit (2019), an amazing use of satire to portray bravery; Life Is Beautiful (1997), a true story; The Producers (1967, 2005), hard to explain; Hogan’s Heroes (1965-1971)—most are heart-wrenching. Within is also a true story, recommended by a friend because it’s about a literature teacher. Emily Watson (not Emma of Harry Potter) plays Yevgenia Ginzburg, a passionate professor and loyal Communist. In the beginning we see her with her classes. She is unrelentingly honest with students, offering pointed criticisms with kindness and honesty. An assassination of a Party official means someone must pay. Ginzburg is arrested and convicted of anti-Soviet agitation, protesting her loyalty all the while. Her husband will not help. She is sent to Siberia. Those of a certain age remember the place, the sentence that meant brutal cold, years of forced labor and deprivation, frequently death.

Without spoilers: The story is not always what you might expect. Fortunes rise and fall. We hear relevant literature (“What shall I do with this body they gave me,” Olip Mandelstam), and we see confused explanations of what Stalin is doing. The years go by, and Ginzburg hears news of her husband and children. Feeling the depths of her suffering and pain, we weep. Someone once told me that there is nothing one human being won’t do to another. I didn’t want to believe it, but I knew it was true. The 1981 review of the memoirs on which the movie is based adds details but, more importantly, explanations for survival (well, sort of a spoiler) and more.