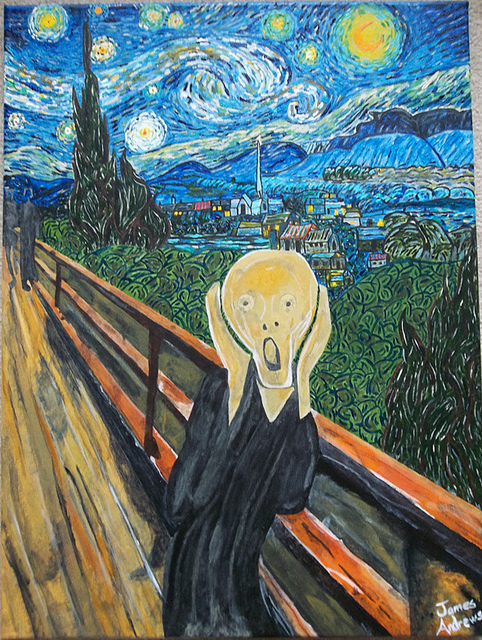 As we stood in a library many years ago, someone said this to me: “Power is the basis of all human relationships.” I was stunned and denied that view of life. I’ve never learned who originated this sentence, and our beloved Google has never helped. The closest I’ve come is that it may be the thesis of Jean-Paul Sartre’s Being and Nothingness. Sartre’s philosophy appealed to many in the 1960s, and I probably called myself an existentialist so long ago I can’t tell you. A famous quotation: “Life begins on the other side of despair.” I saw his play No Exit with two students. It’s based on his idea that “Hell is other people.” We were glad when it ended. Not recommended for your Monday morning read, but it has its humor. And I am no longer an existentialist.

I’ve spent many years repeating this sentence or asking students to write on it. I came to believe it is true. People can yield, as I wrote last week, or overcome. When love enters the equation, something beautiful and miraculous happens: the struggle for power morphs into a desire for the other person’s happiness. Until the toilet seat doesn’t get put down or the toothpaste lid doesn’t get screwed back on. Or worse. Then the struggle begins again.

When I taught parenting, one principle was to end the power struggle. Children begin very early to assert their wills to power. That sounds harsh, but once a child learns to say “No!” it’s all over if you don’t know what to do. For example, we taught that asking a child if she is ready for her bath will fail. All she has to say is “No” and you’re sunk. There is no real choice, since the bath must be taken. Instead, say “It’s time for your bath. Would you like Star Wars pajamas or Frozen?” Another slight adjustment involves the addition of “Okay?” at the end of sentences, which turns them into questions which can be answered in the negative: “It’s time for school, okay?” Nope. The child has no real choice—until you inadvertently offer one. The “okay” allows a response. Watch how often people add “okay” blindly.

These days, however, I wonder if we are seeing the end of the struggle for power. If that sounds like a good thing, it shouldn’t. We are seeing infringement of First Amendment-protected speech. Differing voices are shouted down. Yes, hate speech is protected by the Constitution. Name-calling remains rampant, however, which tends to end any semblance of a discussion. Slander and libel exist, but they must hew to strict guidelines; defamation cases rarely succeed. Yet the discussion-ending accusations fly.

Another example is the current trend to call out cultural appropriation. A mother gave her daughter a Japanese-themed birthday party. When the pictures came up years later on Tumblr, commenters called her racist. Others said she had made a careful, respectful effort to recreate the tea ceremony and geisha costumes. Respect is the key apparently. If you’re making fun of a culture (and are not of that culture), then you are wrong. Others say you can’t even wear hoop earrings unless they are part of your culture. Students introduced me to George Lopez’s riff on Latinos at fast-food drive-throughs years ago. Even then I worried about offending, but the Latino students insisted we watch it, so we did. Lopez was, at least then, a master of Charlie Chaplin’s dictum that humor is playful pain. These days, I doubt this exercise would work.

So what are people doing these days instead of engaging in honest, open discourse? Howling at the sky. It’s coming November 8, the anniversary of last year’s election: Primal Scream Day. Am I making fun of the people who are frustrated beyond words at the election results? Not at all. It just seems to make my point that the struggle for power is over. No attempt at reason. Just vent. Judge. Call names. A struggle for power might end badly. Its lack may be even worse.