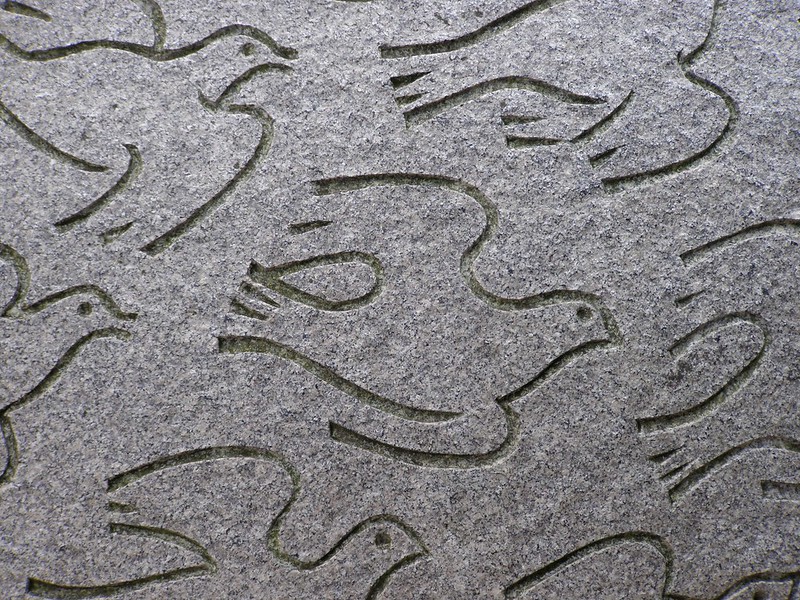 Three things caught my attention this week. At first they seemed unrelated, and in some ways, they are. On Monday, a Christian shocked me. On Tuesday, a tweet that seemed shocking turned out to be a misrepresentation of something that was said elsewhere, which shouldn’t shock anyone these days. Wednesday through Friday, I watched WandaVision, which, shockingly, I liked.

First, listening to a scholarly lecture on Christianity in society, I didn’t expect to be surprised. But things got interesting. When the speaker began discussing the movement called Christian Nationalism, it became clear we were going to be political. He showed two clips, one of a Black pastor urging the congregation to be better at charity and one of a white pastor talking about taking America back. The differences were apparent, and our speaker described what the second preacher was doing as Christian Nationalism. It was not a term I knew. Soon, however, the speaker (also a Christian) hijacked our opinions: These voices were “dangerous and must be silenced.” I was stunned. How could a practicing Christian say that about anyone? Why does he think Jesus was crucified? Or Lincoln? Or Gandhi? Or Joseph Smith? Martyrs of all religions and causes? Each of them was considered a threat of some kind who had to be silenced. If the solution ever worked, you’d think it would stop. Never happens. Except when it does:  witness protection (WITSEC) exists for a reason, Alexei Navalny et al poisoned, and (maybe?) Jeffrey Epstein. Silenced one way or the other. It’s possible to watch many YouTubes on the topic of Christian Nationalismw or buy many books, most of which are negative. There is a political party (“thankfully very small”). General beliefs include mandating observance of the Sabbath via Blue Laws, encouraging the birth of as many children as possible, and abolishing Social Security. As yet, I haven’t been able to pin down the danger here, but lots of people are making money with the books, etc., for what seems fringe to me. Yes, fear sells.

Second, much gets said about fake news, but Tuesday produced a sample of what happens when one person has an agenda and, intentionally or not, skews news in a certain direction. A lawyer named Tyler Bishop tweeted a brief exchange from a Supreme Court proceeding. He inserted wording that did not reflect what was asked then sliced away part of the answer. The meaning was drastically changed. He also used the phrase “this literally just happened” when, in fact, it hadn’t. Comments then show the success of his attempt to inflame, though I haven’t included those. Here is the tweet:

“This literally just happened at the Supreme Court

Justice Barrett: What is the interest of the GOP in keeping (laws that suppress minority voters) on the books?

Republican Lawyer: It puts us at a competitive disadvantage relative to Democrats. Politics is a zero-sum game.”

Here is the transcript of the actual exchange:

JUSTICE BARRETT: “What’s the interest of the Arizona RNC in keeping, say, the out-of-precinct ballot disqualification rules on the books?”

CARVIN: “Because it puts us at a competitive disadvantage relative to Democrats. Politics is a zero-sum game. And every extra vote they get through unlawful interpretation of Section 2 hurts us, it’s the difference between winning an election 50-49 and losing an election 51 to 50.”

The obvious concern is the phrase “laws that suppress minority voters” because it is neither the letter nor the spirit of the actual law under consideration. Whether the law actually limits minority voting is the question, not the conclusion. This article includes a summary.  The GOP versus the Arizona RNC matters, of course, but leaving out half the rest of the response changes the speaker’s meaning. So much for the “literally.” I wonder, however, why Bishop would think no one would ask how such an egregious thing might be said. Merriam-Webster defines zero-sum game as a “situation in which one person or group can win something only by causing another person or group to lose it.” The point made by the attorney for the Republican party is that the vote is the prize, and if one side wins it, the other loses. That seems obvious enough, with no suggestion of suppression. To make his case stronger, Tyler Bishop needs to present his side, not an altered version of the other one. A caveat: It is not to say that the law in question may be tossed out once the arguments are presented. The concern is manipulation.

Third, a review of a Disney original based on Marvel characters Wanda Maximoff and Vision. Spin-offs have long been fan favorites, even back in the day. Rhoda was taken from The Mary Tyler Moore Show; All in the Family generated Maude and The Jeffersons; Law and Order, who knows? Hundreds of others span the decades. Movies are the same, of course, and sequels/prequels risk failure. The Mandalorian, based on a minor character in Star Wars lore, is not a personal favorite. The story is fine, but the dialogue (in my opinion) is wooden, predictable, and shallow, to the point of self-parody. This reviewer agrees with my conclusion if not my reasons; his are better. This one focuses on a single episode that involved eggs, not good on many levels. Apparently 91% of viewers—a staggering number—disagrees with me, and I’ve found that to disagree with them borders on sacrilege. I do like the way the Mandalorian says the word “child,” and I have watched every episode, but not with great interest.

All that prefaces WandaVision, which I would argue is not a spin-off but a tribute, both to the sitcoms that frame it and the lives of the superheroes who populate its universe.

It has always bothered me that Superman can’t just marry Lois and settle down to raise a family, superheroing on the side. Superficially, that is the premise of WandaVision. As newlyweds, the couple moves into a home that resembles the one in The Dick Van Dyke Show that ran 1961-66. The first episode references the gag that opens the earlier series when Vision does not stumble when he enters. [In fact, Van Dyke (according to this source, beginning at about 1:14:45) consulted on the set design so that the paint scheme so the colors would look the same as his even though they were at first in black and white. And yes, he’s still alive at age 95!] The first episode uses the trope of the boss coming for dinner. Even with the live audience (!), the meal disaster, the witch-save, and the boss-save, it’s puzzling somehow. The next episode, released at the same time, is based on Bewitched. Another witch-save with a gum-victimized Vision. Again, not particularly resonant.

Episode 3 brings changes, and it’s not just the addition of color. The premise of sitcoms through the decades begins to thin as odd things happen. Some don’t seem significant at first. Wanda becomes pregnant (how is that even possible?) and gives birth to twins within hours with the help of a mysterious Geraldine.  A neighbor pruning bushes begins to cut into the concrete fence separating the properties, and we learn that Geraldine has neither family nor home. It is becoming increasingly clear that things are not what they seem.

Rather than share spoilers, I’ll just say that the reasons for the conflicts and mysteries do not resolve easily, with some promising another season. This poignant, iconic scene from Superman (1978) gives a clue. A 1902 short story “The Monkey’s Paw” uses the traditional three wish plot to show the horror of unintended consequences. The magnitude of what Wanda is causing takes some time, however. (Vision’s line has been written on many a heart: “But what is grief, if not love persevering?” Yes, out of context but still wonderful.)

But how to get all of this to a conclusion? Elie Wiesel, a survivor of the Holocaust, was awarded the Nobel Peace Prize in 1986. He gave an acceptance speech, but there is also a lecture which in this case is more specific. The topic is memory. Wiesel was himself attacked by a Holocaust denier and worked tirelessly not only to keep the suffering of the Jews in the forefront but also the stories of any other group regardless of the oppressors. The next step, found in his last sentence, is this: “Mankind must remember that peace is not God’s gift to his creatures, it is our gift to each other.” Vision gives Wanda that gift. The struggles of politics take on such legalistic battles, and whether the field is the Supreme Court or the pulpit, the goal of peace seems rarely the goal. I find optimism harder and harder to support lately. Peace outside of the heart may be harder to find, so inner peace may need to be the goal for now, not the need to silence others or manipulate their words. As for Wanda, it’s a monumental struggle for each of us to accept loss; it’s what we make of it that matters.