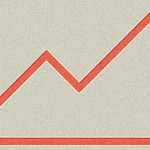 On Wednesday, September 8, at 6:01 pm, the call from Parkland Hospital’s 214-266-0000 came. I officially became a statistic, the 6162nd case in Dallas County (long weekend, delayed reporting by two days, so completely inaccurate), the 1421st in Texas, and the 184,189th in the United States. A new—and unexpected—breakthrough case of Covid. One of the options for “Where were you exposed?” is “No idea.” Check.

There is just that tinge of fear, of aversion, of don’t-get-close with the virus if you say you have it. Confinement is thereby a blessing: you don’t have to tell anyone except those you were close to within the infectious period. But you do. I worked (remotely) on September 7 and told my workmates I was a little under the weather. I gave details. One person on the call had the virus in November 2020; it wasn’t pretty—10 days of misery, 8 months of severe headaches following. Her mother had it as well, and she now suffers from phantom smells (phantosmia), essentially odor hallucinations. They can be pleasant, but life being what it is, they’re usually not. Cigarette smoke is common, for example. I’d texted the people I was with at a socially-distanced, everyone-vaccinated-and masked, temperature-screened meeting I’d had when it felt like a slight cold. My PCP assured me I’d be fine but to let her know if I needed an inhaler.

When I was recovered per the CDC guidelines (10 days after beginning of symptoms AND 24 hours with no fever without meds AND symptoms improving other than taste and smell—see phantosmia), only one person moved their chair away from my masked self in a waiting room. No one else has seemed to flinch. Leprosy has a terrible reputation, thanks to millennia of fear. It’s actually not very contagious though it does spread—who knew?—via cough droplets. Here are 103 movie titles that feature the disease, beginning in 1925. Most of us know of Ben-Hur (1959) from the chariot race, but the healing of the leprous mother and sister remains moving.

At first, when we heard of it in February 2020, it didn’t seem particularly bad. Not the flu because it was really a cold virus, but not scary. This January New York Times story quickly proved inadequate. At a conference March 5-7, we thought we were smart to put out some hand sanitizer. The next weekend, though the lockdown came. I was kicked out of the hospital where my husband lay direly ill with pneumonia; it wasn’t until June I was even allowed to see him through a window. Well, I’m sure everyone has memories although by now they may too numerous to recount: toilet paper shortages (and jokes), bread baking (heavy on sourdough), memes galore (here are hundreds), calls to friends and family (nothing else to do), names for the thing (corona virus, Covid, etc and a really long and scholarly article on all the variations). I know exactly how long ago I got bored because DuoLingo tells me I’ve been working on Russian for 508 days (April 30, 2020). Правда (pravda)=truth and justice.

Vaccines remain controversial for some, but I won’t get into that here. I know some perfectly capable, IQ’d people who refuse them. Mine were finished in January 2021, well ahead of many others, and I’m up for the booster. The recovery rate is great, technically: 98.2%-99.75%, depending on what you read. This AP article is short and explains why that doesn’t matter.

There’s more to statistics than the quick answers, as everyone knows. If you were elderly or had an underlying high-risk condition, the numbers shift. Dramatically. Using 18-29 year-olds as the base number of deaths, those over 85 have a 570 times higher rate of death. By July 2021, 40% of deaths were among those with diabetes. Then there are the anecdotes: A 60-year-old in my town said he was healthy and decided not to take the vaccine. He contracted the virus and died. Dozens of similar stories, I’m sure. The bottom line is that there are no guarantees here. We were wrong to compare it to flu. In the 2019-2020 flu season, there were 38,000,000 cases. Deaths? 22,000. For COVID-19, to date 42.9 million cases. Deaths? 674,000. Yes, cumulative but note the difference between numbers of cases of each is small. We are still being vaccinated for the 1918 Spanish flu. Yes, not a SARS like Covid and colds, but we will be fighting this forever.

How to address the sadness for the loss of those who have died? Last week, some dear friends buried their husband and father. A neighbor died early on. During another work session, an analyst reported two of his friends had died that morning. The sadness isn’t over. If you’re reading this, I probably love you. Please try to stay.

1 thought on “On Becoming a Statistic”