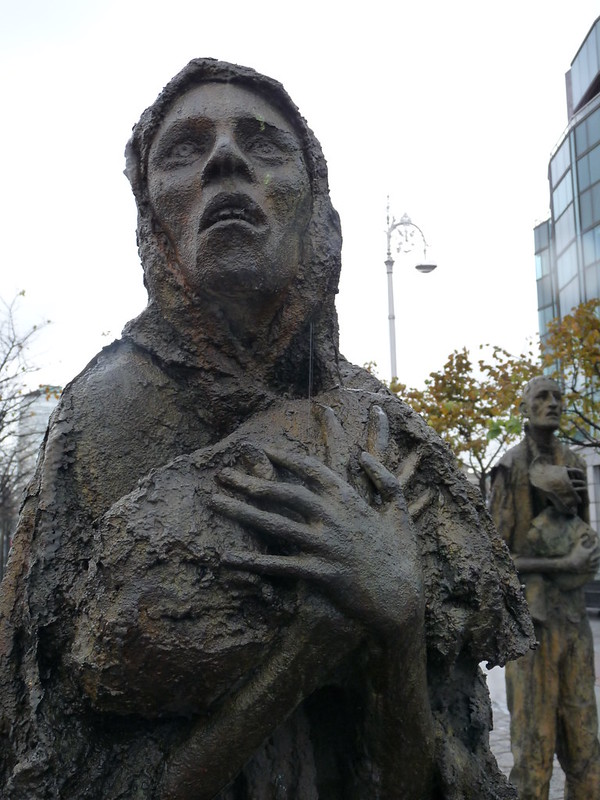 When I first heard of Mr. Jones, a feature film based on the life of Gareth Jones, I thought it might be one to miss. The more reviews I read, the more I knew it would be a difficult necessity. Two years ago, my family and I saw a play about the Ukrainian famine (Sickle in Chicago). At the end, we were all in tears. A microcosm of a few people reflected the horrors of millions dying of starvation. This very brief description of the events includes the official line that the famine was a success in establishing the power of the Communist party. That Mr. Jones was made seems almost miraculous, given the current urge to forget history.

Written by Andrea Chalupa (who, in spite of her name, comes from a Ukrainian family), the screenplay is her first. It’s not perfect, but neither does it seem to have a particular agenda other than telling the story. The frame is George Orwell (introduced by his real name, Eric Blair) as he writes Animal Farm. Again, micro versus macro in explanations of the horrors of Stalin. Chalupa wrote George Orwell and the Refugees: The Untold Story of Animal Farm, available on Amazon. So there is that link. As a journalist, she begins with “Follow the money” as Jones tries to learn where Stalin get the funds to build everything in Russia. Someone says, “Wheat is Stalin’s gold.” That gold was stolen, along with literally every piece of food in the country. This article discusses the link between Walter Duranty, the writer for the New York Times who became a shill for the government. He didn’t say “To make an omelet, you have to break some eggs,” but that is his message. The eggs are lives; the deaths are in the millions, as many as 12 million, in a so-called “noble cause.”

So, what can be done? Educating people seems a lost cause in the best of times, but perhaps connecting some dots will help. Rejecting cancel culture would be a start. A young friend asked recently about those films we used to watch in the 60s about nuclear holocaust. Duck and Cover is not one I remember, but the ridiculosity of it all is clear enough: If we were bombed, we were doomed. More relatable, When the Wind Blows (1989) includes the title song by David Bowie and focuses on a British couple caught in a nuclear ICBM strike of MAD (mutually assured destruction). That never happened, or at least hasn’t yet. Perhaps nations really did learn, with the possible exception of North Korea. At least, war is not the stuff of my current dreams. My list is short: