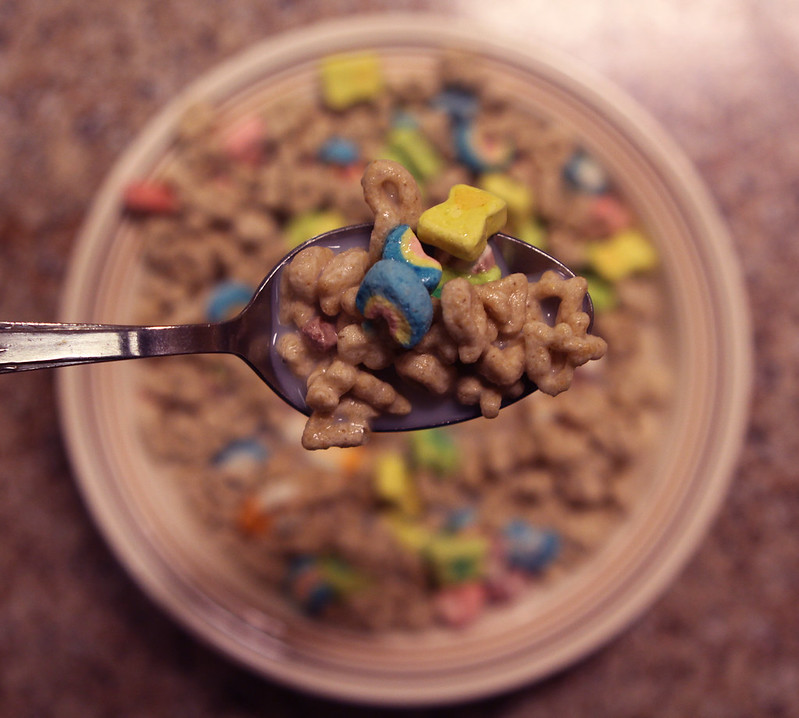 An Open Letter to Jennifer Stoddard-Hajdu:

Recently, a visiting grandchild called for his favorite Lucky Charms at breakfast. He also prefers a certain bowl with favorite cartoon characters on the bottom and a built-in straw for the final milk slurp. Everything was ready—the rather plain nutritious bits, the colorful nuggets of marshmallow, the milk—when I decided to tease him: “Want a fork now?

Without missing a beat and with no hint that he knew I was teasing, he corrected me: “No. We use spoons.”

Notice the importance of that “we.” Even 5-year-old children recognize the essential nature of the group which nurtures them. He will say “I” for his preferences, but for procedures, he will remember how things are done in his family, the basis of his emotional stability and moral training whether he recognizes it or not. He loves that “we” and is perfectly comfortable correcting an erring grandmother when she stumbles into something dumb.

The Republican Party is not, of course, my family. I did choose to affiliate late in life for several reasons, however. In this post called “Overmorrow,” I discuss some of them. For years, when asked, I would say that I was an independent. Technically, at least in Texas, that’s not a real thing because primary elections require a party choice. So, technically, I was a Republican, but would never say so. The change came because my son (part of the 5-year-old’s “we”) worked with a judge he admired while in law school. During a conversation about politics, the reasons for not choosing a party came up. The judge said that lots of people don’t choose, but they should. Outside a party, you can’t be of use to it; inside, you can. So in early 2020, I decided to say, “I am a Republican.” It was never a problem to be a conservative, but to affiliate implied that I wanted to help. So I did, volunteering at the Dallas headquarters for several months. Although I would have loved to write some speeches or advise some candidates, newly-minted Republicans just answer phones and take messages, but that was fine.

A word about President Trump: I was not/am not a fan. Not a never Trumper, I thought I could be a party person (well, in this sense) and not a loyalist. This list offers 30 things the writer thinks he got right. This list of 10 is from 2020 only. That writer, Marc A. Thiessen, also gave 10 things he did wrong in 2020. I can agree. Problems arise when the wrong outweighs the right.

Books will be written about the events following the election of November 2020. Many already have been. Some flattering, most not. This list has 174 titles to consider. Perhaps no one has counted articles, 174 a week? Interviews, rallies, emails, tweets, posts, blogs, personal conversations even—who knows how long the controversy will continue? In this circumstance, however, I do not see any distortion of what the statements might mean regarding not only the election (not stolen) but also the man (still frightening to some).

I have arrived at a last straw. Trump sent a message to his “followers” with this statement: “If we don’t solve the Presidential Election Fraud of 2020 (which we have thoroughly and conclusively documented), Republicans will not be voting in ‘22 or ‘24. It is the single most important thing for Republicans to do.”

About that “WE: Not my “we,” sir. Partly lie, partly threat, totally wrong, these words go against my sense of leadership or decorum. It could not be more self-serving. This article suggests an even more difficult conclusion, one the writer calls “sinister.” I’d go a step further. It is impossible, unsupportable, and party-killing. No, a family cannot survive when there is no core of accepted behavior or practice. Such values do not change on a whim. And each individual’s action must be of her own free will, not the behest of someone who sees himself as the puppet master, his success/ego more important than that of the family. I could go on, angrily, but there is no real point. I am not in that we.

So, if I am to be a Republican—which is not the same as being a 5-year-old spoon user—I am going to ask the Party to reject Trump. He has made his choices; I can make mine. It’s just that simple. I don’t need you, but in the long run, you will need me and, I assume, the others like me who prefer truth to fiction, honor to ego, and the good of America above all.