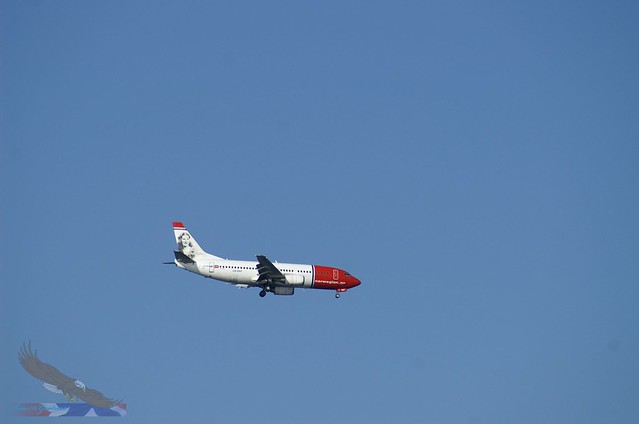 Not this week. Maybe next year. This will come as a surprise to the son and his family who may be stationed there for a few years. Still, I’m as serious as possible about this odd-ball, harebrained (not hair-brained, I just learned) escape scheme.

For one thing, I’m getting tired of all the negativity. On the topic of immigration, for example, I’m tired of being told that the country is biased against immigrants of color. Norway doesn’t care what color I am; my skills and my money are their criteria. Perhaps you’ve taken a Harvard Implicit Bias Assessment. Race is but one of the dozen or so ways in which we might favor one group over another. This writer in Scientific American has some doubts about the whole thing, but I like his conclusion: “Although bias and prejudice still exist, they are not remotely as bad as a mere half a century ago, much less half a millennium ago. We ought to acknowledge such progress and put our energies into figuring out what we have been doing right—and do more of it.” How optimistic. So, oddly, I will be going to a place where they don’t want me and I can’t stay for more than a year anyway. Turnabout, etc.

Second, I want to learn another language, and Duolingo tells me that Norwegian (technically, Nynorsk or Bokmal) is the 8th easiest language for English speakers. How they arrived at that metric isn’t clear. Immersion is the path, however, and since the family who doesn’t know I’m coming with them will be learning, I will too. I’ve read a lot of Ibsen and listened to a good podcast on Kristin Lavransdatter, for which Sigrid Undset won a Nobel, only the third women to do so. One podcast does not a scholar make, but I can try. Mayor Pete Buttigieg learned the language to read Erlend Loe’s novel Naïve. Super. Mayor Pete also speaks six other languages and is much smarter than I, but I really can try. I keep saying that, and you know I hate the word “try.” (Oh, and I really like the Norwegian movie Trollhunter, a mockumentary/found footage piece that has some awesome trolls and dark humor.)

Third, the local grandkids will come visit. Not for me perhaps, but on the strength of a sub-genre called “death metal.” I kept hearing “deaf metal.” Isn’t there some group Def Leppard? I learned this about their name: “Elliott proposed the name “Deaf Leopard” which was originally a band name he thought up while writing reviews for imaginary rock bands in his English class. At Kenning’s suggestion, the spelling was slightly modified in order to make the name seem less like that of a punk band.” Of course, I don’t what any of this means but assume you will. Regardless, the kids will come visit, which is nice. Personally, I like Edvard Grieg, whose “Wedding Day at Troldhaugen” is as cheerful a little piano piece as you’re likely hear in an ABA form. See, I do know some things. Plus, Grieg boycotted France because of the Dreyfus Affair, an anti-Semitic scandal that actor Richard Dreyfuss explored in the film Prisoner of Honor. Yes, the names are spelled correctly. I have it; borrow if you like. (The grandkids are visiting and had this to say already: Jeg spiser brød og gråter på gulvet. It means I am eating bread and crying on the floor. Yikes.)

Next, my old allies are deserting me: Snopes, Google, Netflix. They’ve gone to the left. Although people warned me about Snopes a few years ago, I resisted. Facts are facts, right? (Or, as a certain candidate recently declared, “Truth over facts.”) Snopes has started fact-checking The Babylon Bee, a satire site which bills itself as, well, a site of satire, launched in 2016. As a conservative, Christian parallel to The Onion, it might publish an article spoofing Jill Biden’s take on her husband, but The Onion got there first. Perhaps you read Jonathan Swift’s Gulliver’s Travels in school or at least saw a movie and know that it’s a satire of commonly-held foibles of polite society. Perhaps you read his essay “A Modest Proposal,” a far more biting satirical piece in which he “advocates” for roasting Irish children because of the problem of feeding so many of them. At the end, he offers his real solutions. Yes, some people took him seriously. Snopes said that “dozens of social media users were puzzled by articles.” I’m sorry. This isn’t 1729. You’ve got the Internet, people, all dozens of you. Look stuff up! To my point, the Norwegians are highly educated. I’ve read they don’t have much of a sense of humor, but I can wait that out.

So, how do I feel about this? From the tiniest bit of information I have on that Buttigieg-favored novel, I know it’s a coming-of-age tale of a young man trying to find meaning in his life. That’s not my purpose in moving to Norway since I have a meaningful existence. My current thinking seems not to be a running toward but a running away, not from meaning but, in fact, out of it. Perhaps that’s the definition of “escapism”? Not an afternoon at the movies but less than a year somewhere else. A clean place, I think. It’s too cold to get out much, for me, so perhaps I can get some good work done. Perhaps I’ll be bearing a grief not yet borne. I’ll want to go in the summer when the sun barely sets. If I’m sad, I don’t want to have it in the dark. I want the sun on my cheeks. Next year, then, maybe, ha det. That’s Norwegian for adios.

8 thoughts on “Why I’m Moving to Norway”