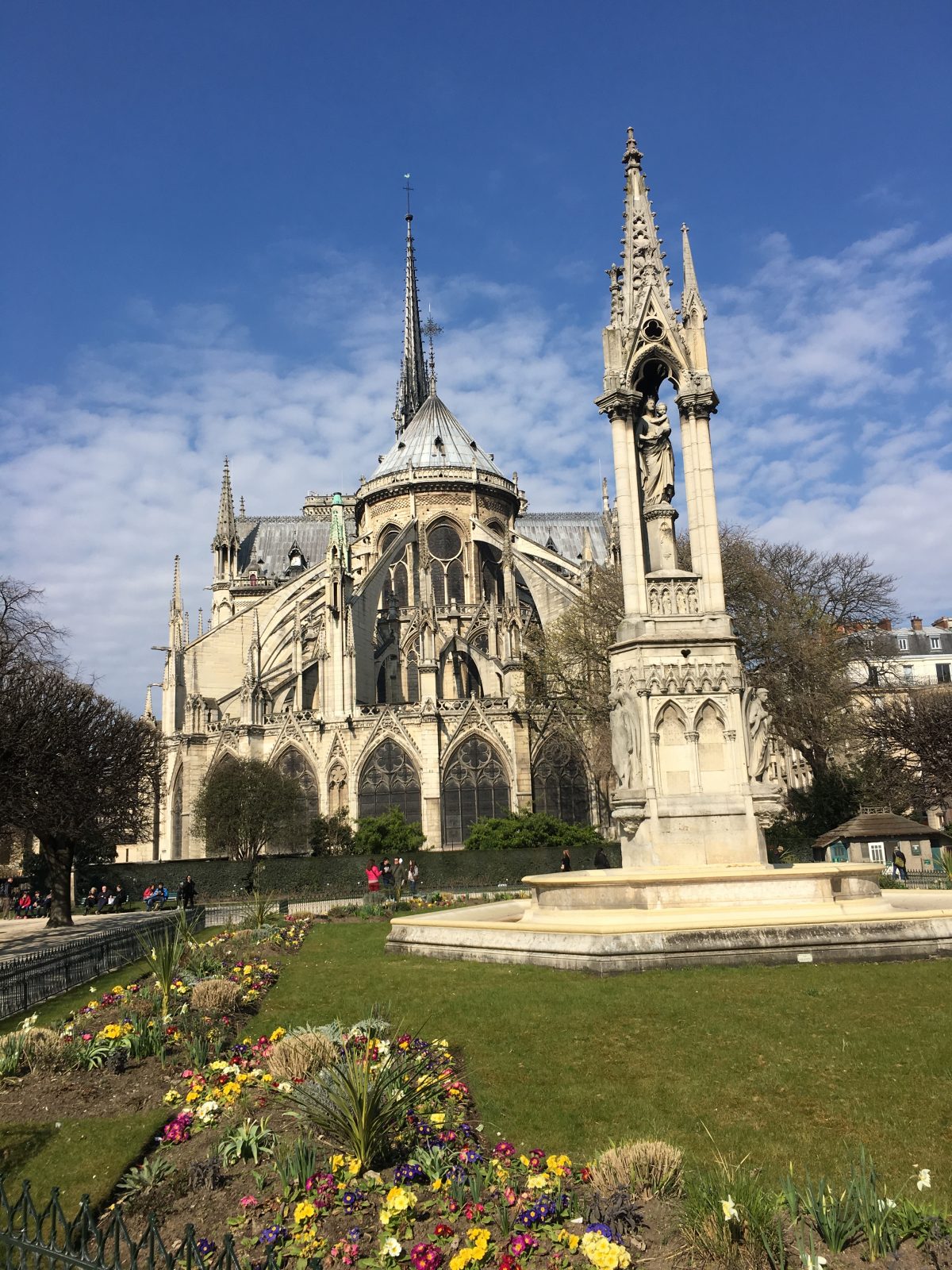 Cities have their own characters. Everything from sunshine to history to architecture to manners plays a part. So much of each comes together in Paris to make it a special place indeed. Well, maybe not so much sunshine in late March, but the city is beautiful in many ways. It’s also different than it was only a few years ago.

Much is the same, of course. People still smoke and leave cigarette butts everywhere. Young people apparently didn’t get the news that cancer kills. Dogs—often unleashed—remain popular, and their poop litters sidewalks. Pickpockets and buskers inhabit the Metro, one a plague about which one is warned at every stop and the other a delightful diversion occasionally. The boys gave one busker coin after coin; later they saw a pickpocket and discussed their plan for chasing him. Not recommended: The fainting girl left on the Metro was probably part of the scheme.

The monuments remain—Notre Dame stands as she has for centuries at the turn of the river Seine on the Ile-de-la-Cite, buttresses flying, gorgoyles leering, rose windows teaching. Some people even try to worship as cordoned crowds circle the nave. The even more magnificent stained glass of Sainte-Chapelle defies description although our 10-year-old traveler noted, “Now I understand why you wanted to see it.”

Little things, like locks on bridges with the keys thrown into the Seine, were there too. And people kissing.

Crowds and lines meant we spent a lot of time looking at other tourists and cobblestones. Versailles was especially troublesome, a two-hour wait and then a press of people worse than, well, whatever is bad. The picture does not represent the crowd; these people can actually move. Yes, beautiful ceilings.

The difference, as always, was the people. The French have a reputation for being rude, especially Parisians. I encountered examples in my two previous trips. Admittedly, you don’t go into Le Bon Marché and ask for An Evening in Paris that you used to buy for your mother at Woolworth’s, for the cobalt blue bottle, you see, even if your Soir de Paris sounds good. Eye rolling, hand gestures, sighs dismissed us as idiots. This time people pretended our French was good, and many more spoke English without hesitation. To a man the waiters were delightful with the children, making them laugh or helping them order. Women in stores were attentive and helpful.

The most stunning example was on our last night. The big boys and their dad went to climb the Eiffel Tower, or some such adventure. Mom, baby, and I were to go back to the apartment via the Metro. How people in wheelchairs navigate Paris remains a mystery. We saw one elevator that descended exactly 6 steps. The hundreds of others offered no apparent assistance. By that time, I had walked almost 42 miles and climbed almost 51 flights of stairs, per my phone. Perhaps I looked old holding the base of the stroller, but as we began the first flight of stairs down into the Metro, a young man asked if he could help. We happily agreed. He was with a group and they left as if it were not a big deal. Walking a long distance to the next level, we joked that it would be really nice…and then there he was, a middle-aged man asking if he could help with the stroller. Yes! Another long walk, with a conversation more humbled, we did hope for yet one more person. This time a rather older man asked if he could help. We said yes, merci. Notably, all these conversations were in English, so French mothers must know where the elevators are, or don’t attempt a late night outing with a stroller. But all in all, we were so amazed with these events, casual, friendly, matter-of-fact, but magnificent, that we will never forget this part of Paris.

I hope to go again, with a little warmer weather, a little less drizzle, a few more tartes aux citron, but I can’t imagine a happier ending. Vive la France!