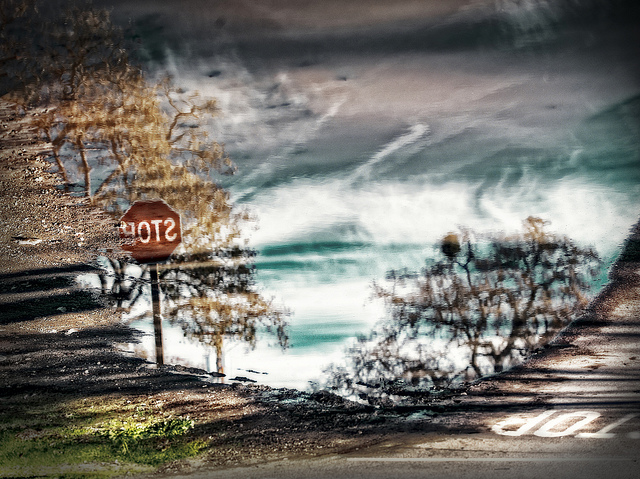 My great-grandfather was a doctor in the Hill Country. My grandmother, an only child, thought he’d hung the moon. But she didn’t just love him: she loved the craft of medicine. She taught me the real name of aspirin, for example. We’d say it over and over, acetylsalicylic acid. Later, she’d insist that I study Latin in high school because that’s what doctors did. All country doctors used ASA, but the Bayer company renamed it aspirin, patented it, and sold it. My grandmother, perhaps bitter about the loss of a fortune, didn’t always repeat that part of the story. They also patented the name heroin, but that’s another story.

My grandmother also taught me how to kill a person with a kitchen knife. You don’t just stab someone willy-nilly. Ribs get in the way of the heart. An abdominal wound might not be fatal. She explained where to thrust in the knife under the rib cage then how to turn it up, through the diaphragm, to kill. If you ever had to, in self-defense. This wasn’t a one-time lesson. As she grew older, she repeated it over and over, in and up, in and up.

It was years, after she was gone, that I realized why I had to learn this. When I was about seven, an older man, working as a painter next door, called me over to the driveway ledge and asked me if I wanted to play Fish. We sat a long time. He taught me something else, too. I’ll spare the details on that, but it involved touching and a lesson on what would happen to me when I was older. He was, in a word, a molester, a pedophile. No one caught him, and I didn’t tell what happened, but he disappeared. I think I heard the phrase “run out of town on a rail.” My grandmother must have been suspicious.

There are some things wrong with this conclusion, of course. One must assume he went about his molesting elsewhere. It would have been my word against his, and I understand why no one would have wanted me to try and tell police about something they didn’t even know for sure had happened. I expect I lied and said nothing had, supposing I was in trouble. And then it faded from memory: a discomfort, nothing more

When I reminded my mother of the how-to-stab lesson, she had no idea what I was talking about. It was not something her mother had taught her. I felt puzzled. Part two: In my career as a children’s protective services investigator, sexual abuse training was important. The memory came back, and suddenly the topic was everywhere—maybe we were watching Oprah. I reminded my mother about the man. Again, she hadn’t been told. But that revelation distressed her: her brow wrinkled, tears came. Decades later she worried that she hadn’t protected me. Then it all made sense. My grandmother hadn’t told her, my grandfather handled the problem, and the self-protection lessons began.

TIME’s Person of the Year for 2017 is a group they’re calling The Silence Breakers. When the #MeToo movement began, I didn’t participate but watched as most women I knew did. My story was enough different, I thought, because I was a child. One differentiation: Nothing happened to me as an adult. (Not counting a slow-moving driver on the campus of Texas Tech who called out obscenities as I walked to class; I reported him to police.) Was it because I knew how to kill a potential attacker? I don’t know, probably not.

I hope this is a line in the sand, and I hope no one—male or female—feels a need to remain silent again. I know someone who was raped not once but twice by the same man because she assumed she wouldn’t be believed. Don’t let that happen. Would I have killed him? I don’t know that either. But I have been trained.