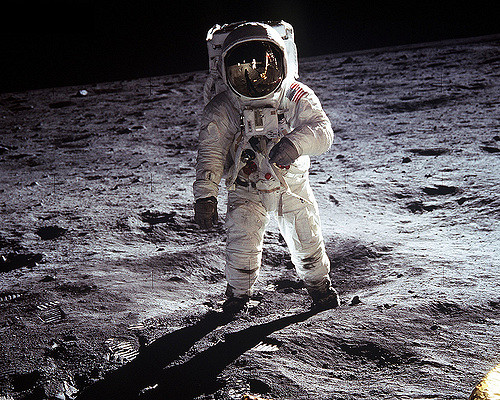 Ah, the 1960s. Last week I saw the wonderful Apollo 11, a new documentary about the moon landing in July 1969. Rotten Tomatoes leads with a review that calls it “(e)difying and inspiring in equal measure.” For the first 20 minutes, I could barely keep from weeping although explaining the reasons would take longer than you’ve got. We planned it, we accomplished it, using slide rules and thinking caps. My slide rule had some use in high school physics, not much since, but it is a treasure; read the NPR-linked article if you do nothing else with this post. Thinking caps are not real yet or are they? Regardless of how we got there, it was a heady time, 1969 and the film.

The space race was exactly that—a competition. The truth is, however, that only Americans have ever walked on the moon’s surface. The last trip was in 1972. If there is a trip as soon as next year, Americans will be planning it and implementing it, with a smaller budget that before and, probably, less public interest.

Now, listen to this song from the musical The Roar of the Greasepaint, the Smell of the Crowd: “Who Can I Turn To?” or read the lyrics here. The first line is “Who can I turn to when nobody needs me?” and the last two: “With you I could learn to, with you what a new day/But who can I turn to if you turn away?” I hope you’re wondering what I left out (nothing) or what does this mean anyway? (Also nothing.) It rhymes, but it doesn’t make sense. What is incredibly remarkable, if you watch Anthony Newley sing the song, is that after his performance, Ed Sullivan introduces from the crowd David Merrick, the Broadway producer of the era. Newley drops to his knees. Amazing display of…? (Yes, you do know Anthony Newley; he wrote the words to Willy Wonka’s songs.) I found it disturbing.

So this is a longer and more circuitous path than usual. I’ve been concerned with all the announcements for the US presidency lately. Not with the candidates so much—that’s perennial—but with the applause in the background. Gone is the inspiration of the moon shot. Missing is the sheer brilliance of engineering and foresight. Remaining are the smell of the greasepaint, the roar of the crowd: You can find someone who will approve of anything. It means nothing.

Probably you read Shirley Jackson’s “The Lottery” is high school or college. You can here, too. The story is, well, challenging, and she received lots of mail. Of particular concern to Jackson were the letters from people who didn’t think it was fiction or who thought it shouldn’t be. Its last line: “’It isn’t fair, it isn’t right,’ screamed Mrs. Hutchinson. And then they were upon her.”

I’m not running for president. Perhaps you have considered it. Perhaps you should if you haven’t. Or not. My point is that just because people will clap when you talk, that means nothing. Watch those who don’t know this. Watch them carefully.