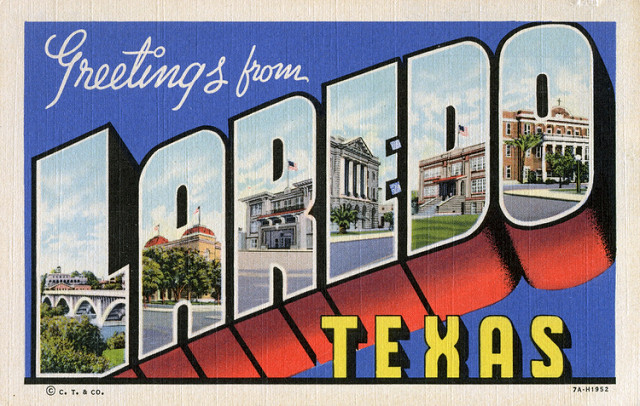 Part One: It was a warm day, perfect for sanding the 8-foot long farm table outside. Inside, the dishwasher wasn’t working in spite of four visits from the repair man. He was back for the fifth time. I am allowed to sand, so the work was afoot when the man—whom I’ll call Jose—asked what I was doing.

“Oh, just sanding. They needed a new table and Mariah built this so we need to sand and then stain it.”

Jose admired it. Encouraged, I added that she had also built the three-piece entertainment center in the living room (which he had seen), beds and chests of drawers (which he had not). Of course, I bragged the entire matter up as well as I was able. Then Jose was quiet, stunned I assumed, by the grandness of my descriptions.

Then he said: “The girls in Laredo don’t do that.”

It was my turn to be a bit stunned. “I suppose they could,” I replied, weakly. His wording remained with me.

Part Two: My background has been in teaching and social work, areas in which women predominate: In this country 77% of teachers are women, 82% in social work. This detailed chart shows the range in its entirety, from preschool and kindergarten teachers (97.5%) on the high end of the spectrum to heavy vehicle mechanics (0.5%).

These days, dynamics are shifting. For the first time, in 2017 more women matriculated in medical school than men. For veterinarians, this article: “Veterinary Medicine Is a Women’s World.” The same is true for law school, though there are fewer practicing female lawyers than male. (Any comment would be catty and possibly an affront to my male lawyer friends, so I will refrain. You’re welcome.) Dentists are at about 47%, but, dramatically, this is up from 1.1% fifty years ago.

Part Three: I happen to know several women in jobs or professions usually dominated by men. Perhaps that word “dominated” is too strong; perhaps “populated” is more descriptive. These women include Mariah the furniture builder, a symphony conductor, a plumber, a director of an international architecture firm, an emergency management coordinator. One hears of others: the Southwest Airlines pilot Tammy Jo Shults who landed a badly damaged plane in 2018 and a transplant surgeon who pioneered the first uterine procedure in Dallas. I expect to find many more. Here’s the interesting thing about the chart posted above—yes, there are only ½% of heavy vehicle mechanics, but that means that 1015 women actually do it. I want to include them.

Opposing viewpoints: I’m not good at thinking of counterarguments so appreciate those who make them. One person suggested that I interview both men and women who have interesting jobs. It’s not a bad idea, but it’s not my intended audience (everyone would like that series) and would take a lot of work (my purpose is simpler). Someone else suggested that this overlooks the ordinary woman in the traditional career, the “real heroine.” That’s not my vision either, though that would be a worthy exploration as well. Let me see if I can frame a statement of purpose.

Statement of purpose: The girls in Laredo (and any other town in the country) know about traditional jobs like teaching and social work. They also know about other jobs that—in the past—were less commonly held by women, in medicine and law, for example. What they may not have considered are careers in which very few women are working currently. What are the challenges, the rewards in those areas? If we must work, we should know our options. They might surprise us.