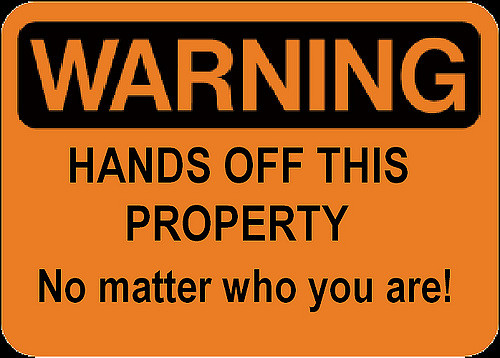 These topics were reviewed and rejected as not enough to fill a column:

Have you noticed that people for whom you pause in parking lots walk faster because you’re waiting? My estimate puts the odds at 90% of the time this is the case.

Once a woman and I stood at an Aldi’s fruit display, discussing the nice-looking watermelons. She chose one and went to check out. When she was done, she hurried back and told me they were on half price! That’s never happened before or since.

Hell. I am not a cursing person. “Oh my word” or “Rats!” cover it. One of my sons has told his children he will pay them $50 if they can get me to say “park” backward. I once or twice taught Samuel Beckett’s Krapp’s Last Tape, not terribly successfully, although I rather like the one-act play and Beckett in general. Yes, I am avoiding my real topic. Back to hell: A long period in which you give up hope of getting to your destination, thereby making the journey bearable.

Now that you have invested so much time here, I hope (see hell) that you won’t give up but will continue. I have to write about death, again, but not in an elegiac manner as I have before when some dear ones died.

First, Kate Spade. She was rich, famous, depressed, anxious. She was apparently obsessed with Robin Williams’ 2014 suicide. She was 55. She had a 13-year-old daughter.

Second, Anthony Bourdain. He was rich, famous, a former heroin addict. He had a secondary career as a writer. He was 61. He had an 11-year-old daughter.

Third, Jackson Odell. He was well-known, enough that news of his death was national and international. He was only 20, but he had parents and siblings and talent.  IMDB shows his history, with contributions as recent as the 2018 soundtrack of Forever My Girl.

Josh Wolf, the father of Jackson’s best friend, had this to say: “There was no part of Jackson that was suicidal and Jackson should not be lumped in with anyone that is suicidal, or that was looking for a way out.” I’m going to have to disagree. He was in a sober living home, recovering from addiction. Or perhaps he wasn’t. To my thinking, his death was as much a suicide as if he had (insert horrible end here.) I am not “lumping” Jackson; I am reporting  through my sadness as fact that he, more than likely, contributed to his own death. He and all the tens of thousands of others.

I struggled with all these deaths and wondered what I might say. Someone suggested this passage from the BBC’s Sherlock Holmes: “Taking your life. Interesting expression. Taking it from whom? Once it’s over, it’s not you who will miss it. Your own death is something that happens to everybody else. Your life is not your own. Keep your hands off it.” You can watch Benedict Cumberbatch here. (Oddly, he says “from who,” but the version I read said “whom,” and that’s what you’ll get because it’s correct. Either way, it’s better than anything I could have written.)

This is what it looks like when someone else takes your life: A young mother was shot to death on June 13 when she refused to give her keys to a carjacker. As her 8-year-old held her, waiting for the ambulance, Porsha Owens said, “I’m sorry, but I think I’m going to die.” So like a mother to apologize. She has a GoFundMe page, and yes, I’m now one of 4756 people who donated.

This article has good data about the increase of incidents of suicide in the past 20 years. It suggests strategies to help, as we “fight this together.” David Spade donated $100,000 to a mental health alliance; Kate was his sister-in-law. This site has links and information for people who are considering suicide, are worried about someone who is, or have lost someone to suicide. It must be for everyone, then, because I don’t know anyone who hasn’t been affected by this pain. Perhaps you’ll choose to donate to one of the charities described in this article, written after Robin Williams’ death.

And you? I don’t know who you are or if you’re thinking of suicide. But please. Don’t do it.