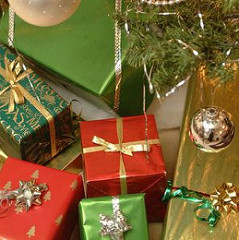 In the season of giving, I’ve found some gifts that linger. We again must address them by the numbers.

The 7 Habits of Highly Successful People, first published in 1988, created a business sensation that has lasted decades. Over 25 million copies sold! You can buy editions that are new, abridged, miniaturized, calendarized, work-booked, and so on. Versions are available for teens and children. President Clinton invited Stephen Covey to Camp David to show him how to integrate its principles into his presidency. The respected British journal The Economist published his obituary here, making reference to Covey’s spiritual roots. The habits themselves are reasonably self-explanatory: Be pro-active. Begin with the end in mind. Put first things first. Think win-win. Seek first to understand, then to be understood. Synergize. Sharpen the saw. An 8th was added, but it’s not as obvious: Find your voice and inspire others to do the same. I think this list is wonderful and use it often. Sometimes I fail. If in the last week, I didn’t seek to understand before saying something I shouldn’t, it wasn’t a week.

According to Napoleon Hill in Think and Grow Rich, there are six basic fears: Fear of criticism. Fear of old age. Fear of ill health. Fear of poverty. Fear of death. Fear of loss of affection. Someone has copied the 15th chapter in which these appear, here. Hill’s book was published in 1937, and with over 100 million copies in print (plus the etc. etc.), it leaves 7 Habits in the dust. Still, I find it unreadable. The list seems comprehensive, however. A more recent Psychology Today article lists only five fears but each has many applications and seems no more useful than Hill’s. These days, I wonder if we find fear of criticism as compelling as in the past. Fear of poverty? Yes. Although I see people living under bridges and suppose I could, the horror of that affects me on many levels. Regardless, naming fears helps conquer them.

In 1995, Gary Chapman wrote The Five Love Languages. Following the pattern of the first two books, it’s sold millions of copies and gone through many iterations, still number 2 on the New York Times best-seller list of love and relationship books. You can take a free test to determine your own love language here. An email comes with your results and, astonishingly, does not redirect you to a paid site. The 5 languages are easy to understand: Acts of service, words of affirmation, receiving gifts, quality time, and physical touch. This information seems valuable, if a little obvious; specific, if not completely scientific.

So, enjoy the power and peace this knowledge brings. Eighteen gifts, not bad. The next two in the series (4 things and 3 things) will have to wait. They take a turn to the dark side. Not a Star Wars reference, for better or worse. Next time.