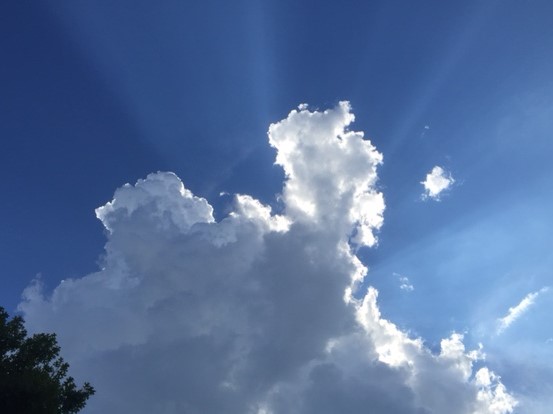 Autism does not define the child I call Laundry Dude: He isn’t even completely sure what it means. His mother explained the science to him, which seemed adequate at the time. She would also say this year something to the effect of “This was the worst day…ever.”

So when his teacher announced on the last day of school that he had organized a club named HOP (Helping Other People), his mother was surprised. Not that he couldn’t do it (he is bright and capable), but that he did—because he can be so difficult.

This child made a chart and observed his classmates over the last few months. During the day, he tallied whenever he saw them helping other people. Those who got more than ten tally marks moved to a special level, and he made awards for them. (The teacher made sure he went ahead and made one for the whole class.) Then after the teacher handed out her awards, Laundry Dude stood up in front of everyone and handed his out.

He did all this without telling anyone in his family. I can imagine his shrug when asked why not. It was his project, his program. Who else needed to know? One of his uncles worked all year helping a boy with special needs (yes, autism) when in elementary school, never saying a word to anyone. Another surprised mother at an awards ceremony…

Everyone is pleased and, I expect, his classmates are surprised as well. A hymn called “Do What Is Right” has the line “Angels above us are silent notes taking…” Perhaps not all those angels are invisible but sitting right beside us, even though some can scream at levels and in places not often acceptable. And who do NOT want any of you to mention this blog post to him, ever. Thanks.