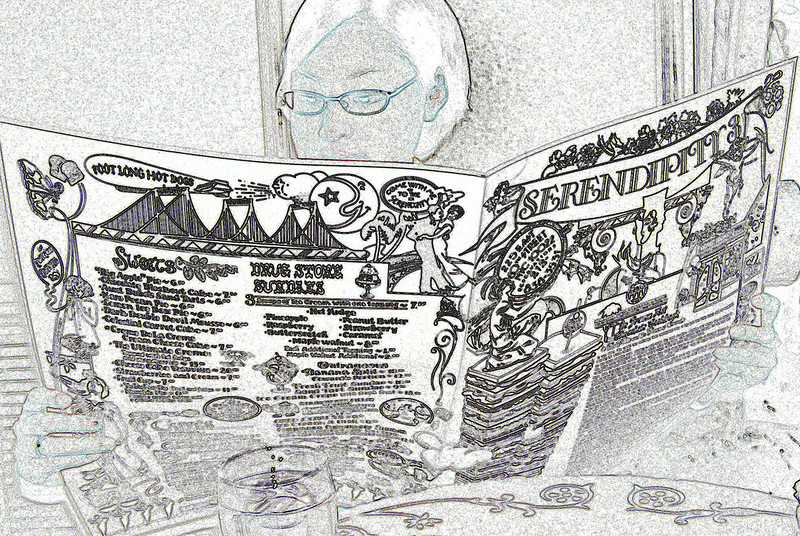 Sometimes I wonder how I keep writing, and then someone will use a new word or introduce a new movie or suggest that beans belong in chili, and clarity ensues. Off to the dictionary, Google, the opinion file/pile. This week, I’d planned one thing, found another opportunity, and will be doing something completely different. As flip as all that sounds, I’ve been awed, surprised, and brought to tears.

The word this week is actually a phrase: the sunk cost fallacy. If you don’t know the term, you’ll understand the concept. If you have already spent money on, say, a ticket to a baseball game, and after three innings dislike the entire experience and want to leave, this fallacy suggests that you are more likely to stay because you’ve spent the money and would “lose” it if you left. Similar themes of behavior can involve sticking with a plan even if it is no longer viable or making a decision based on past efforts. Besides learning a new concept, I was reminded that people know different things; no one knows everything. Age doesn’t seem to matter. A teenager visiting the household presented the concept, and an uncle confirmed it. It also links the book Thinking, Fast and Slow that a third person recommended years ago. We have two approaches to thought: fast, emotional, instinctual or slow, deliberate, logical. As you can imagine, we make more mistakes in that first. All that aside, I was in awe of the teen knowing the fallacy, even though I kept trying to call it the lost money fallacy. I kept getting corrected.

Next, a brief discussion of Bach’s Prelude in C Major from The Well-Tempered Clavier. This version is straightforward and has light effects. Here Lang Lang plays dreamily, with vignettes abounding. “Just short of ragtime” one commenter says about this snappy version. Sally Christian gives a lesson on it, the playing and the harmonics; early on she turns to us and stops to talk, so don’t be distressed. And while she says it can’t be played slow enough, this anonymous person does a reasonable performance in 1:36. Finally, we can have it for 10 hours here. I don’t know why that might be necessary. Only one comment there: “thanks.”

This piece is the only one we all play. It’s easy, for one thing. I used it for an object lesson once, the point being that the ease comes from the fact you only play one note at a time. The eldest of the personal children does an adequate job, (puzzling since he can snap through “Waterfall,” a piece his father came to hate. This kid plays it without as much drama, and I like that he has a Band-Aid on one finger.) The next child plays it well after working on it daily for months; his son can do it from memory. Recently, the youngest sat down to play and did so evenly and effortlessly. Then he took up Riemenschneider’s collection of Bach’s harmonization of chorale tunes, from our music school days. The first page has some harder ones, so I suggested “O Sacred Head Now Wounded” or “O Haupt voll Blut und Wunden.” Here is an Australian version from April, socially distanced of course. It is familiar in most hymnbooks, but the first one he tried was in a different key than he knew. The next page had the one he remembered, the one from a hymnbook I have. He played it well, and I was moved to tears. Feelings don’t always have names: proud, happy, sad, glad he was there, any and all such things.

That led to the song “Turn Around,” which I remembered incorrectly as being from The Fantasticks, a popular musical written in 1960 by Harvey Schmidt and Tom Jones. The song from that work is “Try to Remember,” sung here by Jerry Orbach, the actor who played Lennie Briscoe in Law and Order and who also, which I didn’t know or had forgotten, starred in Broadway musicals. The song I was trying to remember was actually “Turn Around.” Not a musical at all, but a song by Harry Belafonte from a 1959 album, Love Is a Gentle Thing. My great-aunt gave me a musical figurine with this melody, but I can’t find a link to it. There is a mother holding a baby and at her back is a little girl holding a doll.

As it happens, Harry Belafonte is still alive at 93, “The King of Calypso.” He is a Jamaican-American with Scottish, Dutch, and Sephardic Jewish ancestry. You probably know “The Banana Boat Song” at least from Beetlejuice, or by it’s famous “Day-O” refrain. Here he leads an audience through the opening in a 1997 performance. The dinner party in the movie and the final scene with “Jump in Line” contrast Belafonte’s styles.

And if that wasn’t enough, I learned Belafonte was (and is) an important figure in the Civil Rights Movement. He was a confidante of Martin Luther King, Jr. More recently, he endorsed Bernie Sanders in 2016 and was an honorary co-chair of the Women’s March in 2017. But the most interesting little fact came as a surprise: In 1959, his support of an African student initiative gave a grant at the University of Hawaii to a Kenyan student named (of course) Barack Obama, the father of the future president.

This, gentle readers, explains why I continue to write. It’s not always intentional that I discover so many connections. That would take real effort and not serendipitous discovery. Final note: My grandmother never told me what a word meant when I asked. A trip to the dictionary was required. Hence, serendipity, perhaps her favorite word. In OneLook’s etymology dictionary, I learned it comes from a 1754 letter in which Horace Walpole coins the word using a Persian fairy tale about three princes from Serendip who make accidental but fortunate discoveries. Serendip is an old name for Ceylon (Sri Lanka now). Tears and surprises. It was a great week.