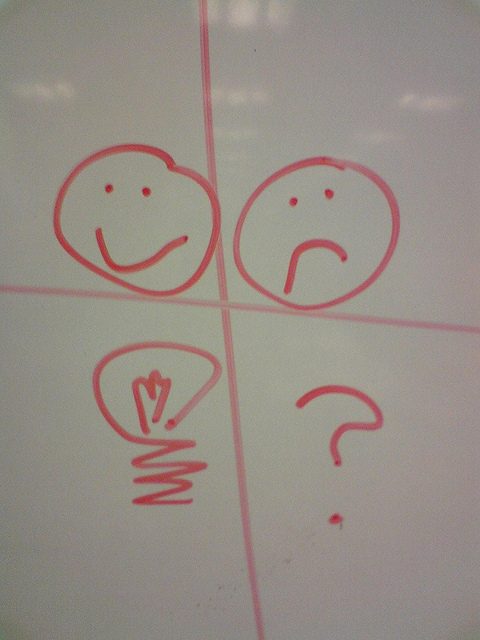 Bluebonnet Syrup launched a year ago. The plan was to see if I could make a year and then quit. Good attitude? Probably not. Rather than quitting, I’m going to retrospect (no, not a real verb!) and add comments pro and con about a few columns.

In “Tom Sawyer Lives,” the topic is essentially fake news. Or should it be in all caps: FAKE NEWS! Regardless, I think people are more aware of the concept now, what with it being the topic of actual news. Some still post without checking, so I will be the one who Snopes it out. Sorry if it offends…

Someone once said, “Don’t tell me not to worry. Nothing I worry about ever happens.” Yet everyone worries. In “Not to worry,” I discussed my long history with apocalyptic non-happenings. Today happens to be another such date. What luck! In all seriousness, however, do look into emergency preparedness. Last night I watched a long interview with a man who writes about EMPs (nuclear electromagnetic pulse). Our civilization would end in minutes. Maybe I’ve watched or read too many post-apocalyptic offerings. I especially don’t trust the North Koreans who are currently saying, “OK, we quit now.” Just too pat. For real, go to ready.gov for information. Tornado season is upon us, if not nuclear war.

Now for some regrets: “On This We Agree.” I had such high hopes. I met Glenn Beck, who told me to contact his assistant because he was working on something similar. No response. Only, well, nothing. Beck did appear on a new PBS show called In Principle as their first guest; the episode is called “Echo Chambers.” He currently discounts all the goings on in Washington as distraction, suggesting instead that we concentrate on our families, our neighborhoods, and our schools. Sadly, he also thinks we have not hit bottom, with the final depth so low that we will have trouble climbing out. So, what am I doing? Trying to think globally and act locally. Last week I delivered a jar of pickles to someone needing electrolyte replacement. It turned into a meaningful—and I hope helpful—conversation.

On a more positive note was an unexpected favorite, my visit to a car paint shop. In the past year, I’ve had to scramble sometimes to find something to write about. The delight of a positive experience with people who are good at their work always inspires. And the paint I bought has been the best ever. Great news!

The eclipse. I found it hard to understand all the hype at first, the emotion, the excitement. And then I saw it. In my piece I tried to capture some of that confusion. Yes, it was a “You had to be there” experience. On the other hand, I’m looking forward to the next one on April 8, 2024. We can see it easily and well in Texas. I’ll be here, I hope, just older.

In some ways, I think “The Should World is one of the best essays of the lot. Although it’s somewhat harder to define, one of the problems with current politics lies in the insistence that things should be different than they are while discounting the basic realities of human nature. That’s too broad, admittedly. (And I have abandoned the tag “Polite politics” that was to frame these discussions. I won’t give details, but there has been some pain in the last year as well.) A survey to let you see what you are willing to give up for what you think is more important? A video game that lets you build that Should World and then see its flaws? I’m excited about either. Who can help design these? Let me hear from you. I am not kidding.

Bottom line: On I go. I have one more idea for next week. It seems to work out that way. Love to all.

2 thoughts on “One Year: A Retrospective”