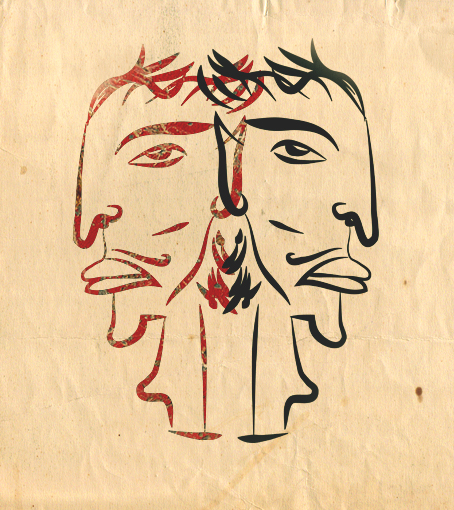 “Time flies like an arrow; fruit flies like a banana.” Terrifically funny, especially on a gray and rainy day last week when I heard it for the first time. It’s a pun–which some people call the lowest kind of humor–or a paraprosdokian: the latter part of a sentence or phrase surprises in unexpected ways.  This article explains the decline of what Shakespeare considered good fun and an appeal to the intellect. “The young man the boat” is another example, though not funny.

The past year has been a monumental debacle with an odd relationship to time (When will this end? How long do we have to stay home? Is two weeks of quarantine too little? Too much? When can I get the vaccine? HOW LONG DO WE WEAR MASKS?), so it seemed appropriate to delve into time as a topic. Being on time, over the past several years, has been described as culturally insensitive at best or racist at worst. This brief opinion piece discusses what the author calls “Persian standard time.” But no one group can corner lateness. Even Urban Dictionary posts “Mormon Standard Time” as a thing. Although their reasoning involves lots of kids to get anywhere, that seems too easy. Meetings start on time, but people filter in at various intervals, with or without 3.4 children. Still, Louis XVIII said, “Punctuality is the politeness of kings.” We can also lose time, have time on our hands, get somewhere in time as well as on, lose time and lose track of time, and even get something done ahead of time.

Since it’s been a year largely devoid of movies, let’s divert to a list of top time travel movies. Tenet was, literally, the only movie I saw at a theater in 2020. The title is a palindrome, a shady organization, and the chief plot feature, all three of which are lightly covered here, with a nod to  Sator’s Square, a palindromic shape in Latin for which the movie’s villain, Andrei Sator (played by Kenneth Branagh) is named. (A long time to get there.) Time travel itself is a sub-genre within science fiction, beginning well before movies. Its origins are sketchy, but one of the first titles, (wait for it) Memoirs of the Twentieth Century, was written in 1733. A series of letters written from the future, this catchy-titled novel deals not with advances just extrapolations. Novels like 1984 and Brave New World use a similar “If it’s this bad now, what will it be like then?” concept on order to warn us.

Numerous explanations exist for methods of going to the past or the future. Sometimes sleeping for a long time explains the arrival in the future (“Rip van Winkle”). H.G. Wells’ The Time Machine introduces a contrivance, as did the characters in Bill and Ted’s Excellent Adventure. Portals are common; a personal favorite is the Spanish series The Ministry of Time (El ministerio del tiempo). I learned a lot about Spanish history. As with many others, this one sends people to the past to rectify a potential change. A particularly good one in this sub-sub-genre is Travelers on Netflix; far too complicated to explain but well done. Even Harry Potter has a time-altering novel, The Prisoner of Azkaban.

But back to movies. At the top of this list: Back to the Future. And number two is Primer (2004). Set in Austin, this short indie captures all the potential problems with time travel with a predictable but realistic twist. What about Groundhog Day, Somewhere in Time, Sleeper, Looper, Interstellar, Arrival, Edge of Tomorrow, 12 Monkeys, Idiocracy. Termintaor, Star Trek, and too many I can’t remember?  IMDB lists 229,309 titles. No wonder.

Now a bit about calendars. Our paternal grandfather had a beef with the Gregorian calendar, called it a “humbug.” How he managed, poor as he was, to print and distribute pamphlets to that effect puzzles me. As in the new Pixar movie Soul, it must have been his spark. The Gregorian is what we live with, these days, but the older one, the Julian, still runs and some groups still use it. The last European country didn’t adopt the Gregorian until 1923. Uneven months are one of its features: The poem that begins “30 days hath September…” is old, dating from 1425. There is a mnemonic with knuckles, and (new to me) one using piano keys beginning with an F and moving up in half steps. I like this parody: “30 days hath September/All the rest I can’t remember.” This is, of course, an entire study, but some people want another change.

Some years ago, I read a book about the need for a standardized calendar that did away with uneven months. The need for an extra day every four years was resolved with a “free day” that didn’t have a placeholder. People were to just ignore it or use it as a holiday. Imagine my surprise, then, when this article appeared this week: “As We Usher in 2021, It’s Time to Adopt a Permanent Calendar.” The writers advocate a calendar that doesn’t change year to year because a general rearrangement would let each date fall on the same day of the week, year to year. An entire week would be inserted every 5-6 years for seasonal/leap day offsets. The writers refer to the Gregorian calendar as “flawed,” milder than humbug. Their proposal is The Hanke-Henry Permanent Calendar, cleverly named after themselves. It’ll never happen, of course. Calendar manufacturers would rise up. Congress would debate it ad infinitum (inside joke). It has a sleek, modern appeal, however monotonous it might be.

All that said, today’s conclusion goes further afield. Time is not real, after all. This article confirmed my thinking when I read it two years ago. It’s a review of The Order of Time by Carlo Rovelli. No, I didn’t rush out and buy it. Yes, I admit it’s not in my range of brain. But I believe time is an illusion, that it’s a construct in which we operate in order to have beginnings and endings. In fact, the phrase “the arrow of time” was coined in 1927 to describe its forward motion. If there is a space-time continuum, if nothing can travel faster than light, and if light can be bound in a black hole, then I can almost imagine time standing still, too. Observing space from the comfort of not really being there, I can see time halted. With that said, time travel suddenly becomes not only possible but easy, in spite of the probably fact that time travels like an arrow. Now to get on to those 200K+ titles.