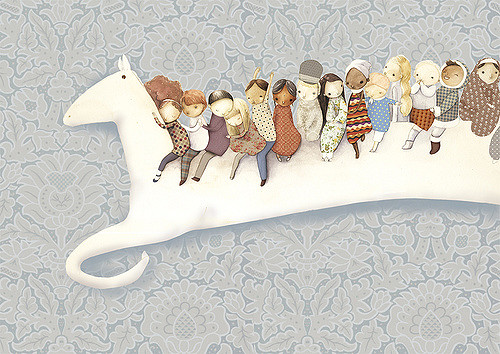 Last week was not an easy one. An old dog we’d raised from a puppy had to be put down. Although I hadn’t expected to be so sad, I was. After all, she’d been suffering for over a year, longer than the vet had expected her to live. But still. Yes, the stillness. Enough of that. I considered writing about it, with the title “Living with a Dying Dog: Five Lessons.” Too maudlin for a Monday. I also have a piece ready called “Ten Top Reasons for Reading Mansfield Park This Summer.” Enthusiasm for that seemed limited from my Jane Austen scholar friend. Maybe later.

So it became achingly obvious I had to do something more obvious. On Saturday I met with a Famous Person who had the same idea about trying to find a way for people on different sides of the political spectrum not to scream at each other but to find something on which to agree. The FP invited me to send the assistant my Dallas Morning News article posted here recently (which I did find) and my other materials. This week’s blog, then, is what I’m sending. Yes, the FP may be able to help, but so might you. Please send any comments, suggestions, contacts, or ideas along.

On This We Agree began as an idea for a website on which people could discuss not their differences but their common ground here. Full disclosure: I don’t remember when or even if I bought this site, but it looks like what I wrote. The problem with the web-based idea is that I don’t know how it would work or how it would look. While in San Antonio recently, I heard an ad on public radio for an organization called I Dare to Listen. You go to the site and take a challenge regarding how you might be willing to change something you’re doing, either listening to another opinion or opening your mind. It’s not clear that there is anything else to do, but it is worthwhile to look at.

Another recent idea is a board game. Many years ago, I was introduced to The Ungame, a non-competitive communication tool invented by a woman who had a medical condition that required her to remain silent for several months. She learned her children often just needed her to listen but not to respond. I’ve played it with children, and it works. As a former Trivial Pursuit aficionado and Candy Land cheater, I have to admit it is different. One conservative friend decried the idea of any more “getting along.” This game has its place, and I recommend it. I can visualize a game called On This We Agree in which people “bury weapons,” figuratively at least, and proceed around a board using the Jonathan Haidt moral foundations matrix: care, fairness, loyalty, authority, sanctity, and liberty. Each has its opposite, of course, but this framework also works. It could be fun.

Besides Haidt, Stephen Covey also has a matrix for communicating. He’s famous for his Seven Habits of Highly Successful People, but he also worked on conflict resolution using an Indian talking stick. The stick is symbolic of learning to listen without interrupting. A group of psychologists led by William J. Doherty does something similar called Citizen Therapists for Democracy. This idea is less concrete than a game but easier to implement with groups.

Next is the idea of conferences. Pierre Goodrich’s foundation Liberty Fund hosts a group of people simply to discuss liberty as it applies to a certain set of foundational readings. These days, most are economic or libertarian, but I attended two, one in Dallas and another in Seattle, based on literature. The benefits are amazing: roundtrip airfare, lovely hotel, all meals, and a stipend. Just to sit and talk or simply listen. No paper to write, no evaluation, no commitment of any kind really other than to listen. Obviously this takes a lot of money, but it could be done in local venues without all the bells and whistles.

The American Field Service originally was an ambulance service in World War I. It broadened into a scholarship program in France and then after World War II became the world’s foremost student exchange group. Two similar groups are a rural/urban exchange in Kentucky and The Friendship Force. Both support the idea that we learn best by living with and befriending people of other cultures. The British run a group for Israeli and Palestinian children called Children of Peace. The same could work for liberals and conservatives. Surely.

This may be too many ideas to consider. Or too few. Rarely have I felt so passionate about a project, however. Not for glory or money or any other reason, I want to see it go forth. Thanks if you can help.

3 thoughts on “On This We Agree”