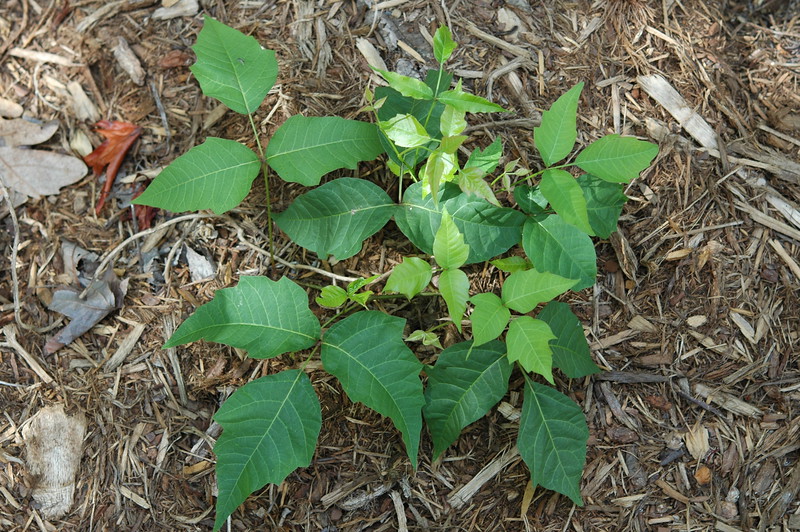 Business is booming for the home upkeep and remodeling people. One person I talked to said he was booking in September. As the country remains confined, if not locked down, we are spending more time looking at four walls that need painting, and more.

Last week, we spent a lot of time improving my property, outside: a new motion-activated light, new Talavera house numbers, serious hedge trimming and English ivy removal. In the midst of all this, we encountered (Choose all) tarantulas, wasps, mosquitoes, carpenter ants, fire ants, a rat, thorny vines, and poison ivy. Currently, I have what looks like the state of Texas in red welts on my neck and a nickel-sized streak bubbling up on my face. Hydrocortisone helps a little.

All of this put me in mind of Eden. When we left, we entered a world of noxious weeds. Here is a Scottish thistle in Australia “with a person for scale.” Thorns and snares, poisonous and nettlesome, the plants surround us, as do the insects, arachnids, the viruses and bacteria. No snakes yet, but I’m watching vigilantly.

I know what poison ivy looks like, but when I spotted it too late, I was already afflicted. Recently, I assisted a friend who is terrified of the stuff, assuring her she had none, and I, with my “knowledge,” hadn’t been inflicted in years. Smugness is often rewarded or punished, depending on your point of view. I didn’t even knock on wood.

Eden, however, isn’t outside; it’s inside. We brought enough with us to carry through, if we will. The scene in The Wizard of Oz reminds us of this. Dorothy has had the power to get where she’s going all along. She just didn’t know. And when she closes her eyes and repeats “There’s no place like home,” she finally understands—and believes—what she had forgotten. Randy Travis has a song with the title, a traditional Western lyric with regret. He uses an image of a cleaned out closet as he asks for a second chance. A divorce lawyer uses the question “Need more closet space?” in an ad down on I-20. Seems kind of cold, but now I see its origins.

I once dreamed of seeing a lion in my back yard, trying to get inside. The person I told about it said perhaps it was all the threatening things about the world, trying to get in. Lions have many symbolic meanings, of course, and are often noble. But they eat us, too. Read about man-eaters here. I’m not including videos of maulings, although I watched a few. Most recently, a zookeeper died in a tiger attack in Zurich.

While it might seem so, this isn’t a long admonishment for staying home during a pandemic. Rather, it’s a reflection on the sacred qualities of home. We can paint it or patch it, and it’s best if we clean it and order it. We must protect it. We must prepare it. We must treasure it.  Our lives are lived mostly within these four walls, newly painted or not. Keep out the bad. Keep in the good. Even Motley Crue has a song “Home Sweet Home,” which I don’t get, and the old one from the 19th century (here with sheet music or here by Diana Durbin, who appeared with Judy Garland in Every Sunday, also not a fan), but we do get the phrase “Be it ever so humble, there’s no place like home” from it. But if it’s us against the world, home is where we’ll make our stand.

1 thought on “Notes on the Location of Eden”