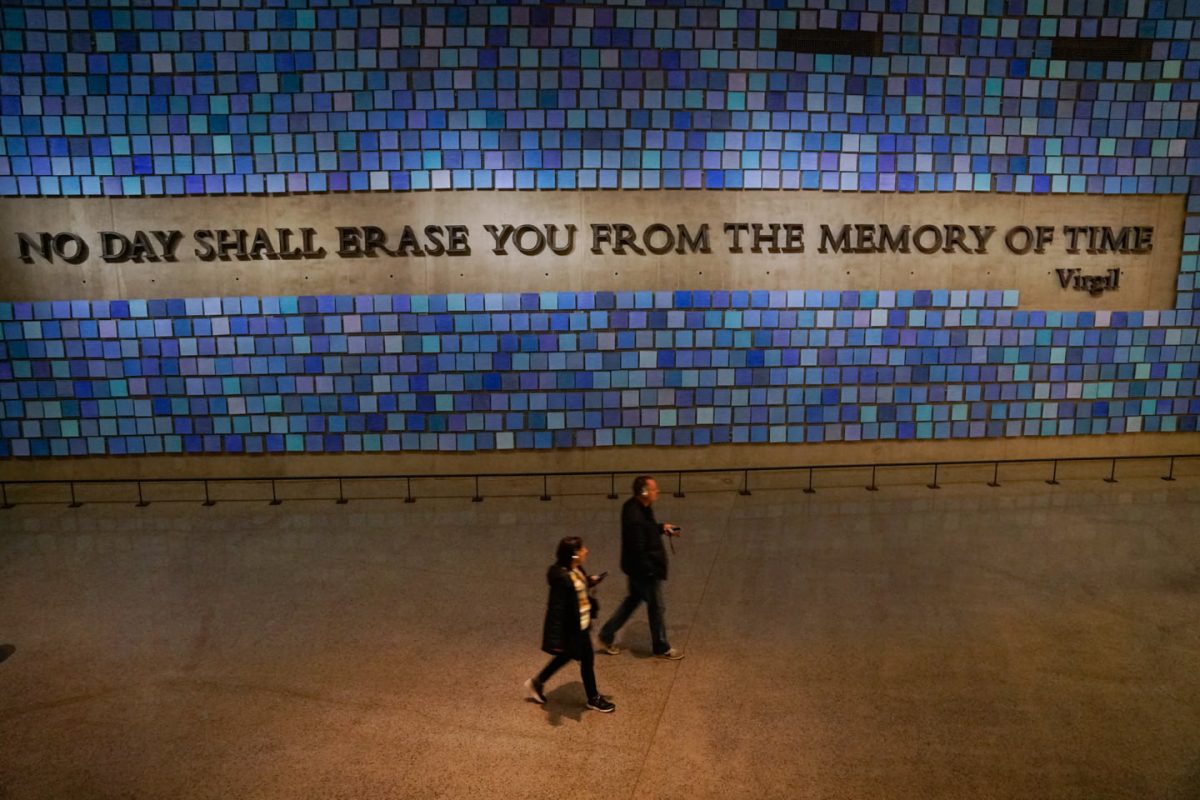 As I write, today is September 11, twenty years after a terrible day. An assault on the homeland had not happened since 1812. My college freshmen and I were in class that day. With nothing else possible, the students wrote about their fears, the things most tender to them. We watched the towers collapse a few hours later. One of our sons was on a mission in Oregon; another, traveling for work. The youngest and I went to hear Brahms’ Requiem a few days later. Much has been written about how that event changed us forever. I cried for months after when hearing of a loss, a hero, a new commitment.

Ten years ago, a friend died suddenly on our campus. I wrote the tribute that follows, but I don’t know who read it or even who saw it. But on a day of remembrance, it seems fitting to reflect on his passing as well. Because of people who spend hours taking pictures for just that reason, we can see his gravestone and its inscription: A WONDERFUL TEACHER

It was a privilege to know Lew Sayers. He was one of those people about whom it can be said, “This one was beloved.”

The scene is a familiar one: we wait outside his door while he continues with a student. His voice is quiet, direct; the advice, specific. He bends near the page, pointing out what needs to be done.  When he is finished—and not before—the student leaves; Lew smiles up at us and asks, “What can I do for you?” It was a time to be treasured both then in its grace and now in its memory. Although he would have never dreamed of calling himself a hero, that’s what Lew Sayers was. Becoming a hero does not require planning or thought or even greatness; a hero lives within each of us, waiting for the call. Lew never waited.

The word “hero” finds its way into broadcasts, its definition one we believe we know even without the dictionary. A hero does brave things as “a man of superhuman strength or physical courage.” Originally, a hero was part man and part god, according to its Greek root heros meaning “demi-god.” An even older variant adds more relevant information: the PIE base ser- means “to watch over, protect” (“hero”). So, a firefighter can be a hero, rushing into a burning apartment and carrying out a woman in a wheelchair, but so can a mother or a father forbidding a child to play a violent video game. A teacher—a fine teacher—is also a protector. Lew understood that students need to be encouraged or pushed, directed and guided, protected from their own worst instincts and watched over as they struggle.

As is often the case, Shakespeare has something to enrich our thinking. in the opening of Henry VI Part One, Act I, scene i, the Duke of Bedford speaks:

Hung be the heavens with black, yield day to night!
Comets, importing change of times and states,
Brandish your crystal tresses in the sky,
And with them scourge the bad revolting stars
That have consented unto Henry’s death!
King Henry the Fifth, too famous to live long!
England ne’er lost a king of so much worth.

This description of grief encompasses the heavens, if not our hearts. Students and colleagues alike have felt the heaviness of Lew’s passing. His fame—a word used in its sense of being well-known for Shakespeare as well—applies to Lew in ways we might not expect. Campus-wide sadness reigns as it might not for most of us. To continue with the theme of the hero, however, we must hear from the Duke of Gloucester:

England ne’er had a king until his time.
Virtue he had, deserving to command:
His brandish’d sword did blind men with his beams:
His arms spread wider than a dragon’s wings;
His sparking eyes, replete with wrathful fire,
More dazzled and drove back his enemies
Than mid-day sun fierce bent against their faces.
What should I say? his deeds exceed all speech:
He ne’er lift up his hand but conquered.

Hyperbole indeed. What teacher has ever thought of conquest when lifting a hand to the dry erase board? Eyes may flash and spark but drive back few enemies-as-comma-splices. Our picture of Lew, then, might be in the writing lab two weeks ago. He sits reading, at the end of a bank of computers. Students are around, but he is not in class. Lew brandishes no sword; his eyes are not sparking, any more than usual anyway. No, Lew is wearing a gimme fishing cap with a life-sized trout on the bill, a plastic fish, with assorted hooks and sinkers and line as if further decoration might be needed. More importantly, Lew sits as if nothing is at all unusual. Asked what the occasion might be, he says he heard it was crazy hat day. He is smiling. Lew’s words could make the whole day smile. Shakespeare couldn’t have done any better.

Few of us will find a place in history as Henry did. Few of us will have the opportunity to run into a burning building or to jump in front of a train to rescue someone. Most of us have students who don’t remember our names even before the semester ends. Neither fame nor danger makes a hero. Another definition comes to mind, a simple sentence from Romain Rolland: “A hero is a man who does what he can” (in a short documentary about 9/11 narrated by Tom Hanks, Boatlift). Men, women, the young, the old, the strong, the infirm, the educated, the not—we can all meet this definition.

A smile may be a heroic act, if the time is right. Refraining from an unkind word could be heroic. Lew did these things better than most. How he understood that, how he came to be a hero, how he was such a gentle wonder we may never know. The opportunities are with us everywhere, every day, to be a bit more like Lew Sayers.  We need only be ready, although the call may not come. More likely, we make the choice to be a hero. It is the right thing to do, love in the active voice. It is the tribute Lew might most appreciate.