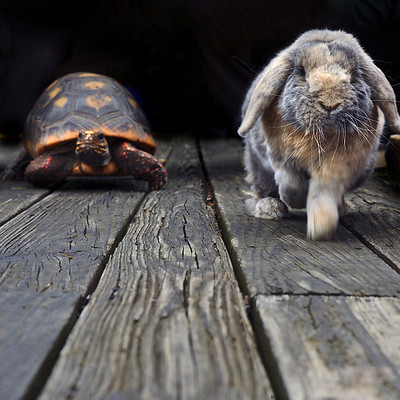 Recently, someone commented on some good news (It’s a girl!) in a traditional way: “I’ll believe it when I see it.” My initial response was “Why? It’s DNA.” More about all that another time. Someone else added, “I’ll see it when I believe it.” That sounded much better, but the topic is much more complicated than I first supposed, as always.

Although I can’t remember doing this before, I need to begin with an apology. Correcting others is terrible manners. I do it all the time, so just imagine if I did it all the times I would like to. This week, someone posted that Nancy Pelosi had introduced a bill to reduce voting age to 16 and to pay for postage for mail-in ballots. Some smart aleck impulse entered by brain, and my reply had to do with (1) the poster not checking the data and (2)  believing such a thing would ever be enacted. I linked an earlier bill without doing much research. I was quickly corrected with the 2021 bill (HR1). I stood by the second comment but was embarrassed with said impulse; I should know better.

In my defense, the bill introduced this year (not by Speaker Pelosi but by Rep. John Sarbanes (D-Maryland 3rd District) also appeared in 2019 and 2020. And it is massive, addressing many more areas of voting than age and accessibility: campaign finance, ethics, gerrymandering, corruption. Sen. McConnell didn’t even allow a vote for the first iteration, and while he can’t do that this year, the bill will not pass the Senate. The sponsor notes that the bill’s popularity (67% of likely voters like it). That’s a high percentage, but the information provided to those being surveyed is limited to the issues above and does not address the voting age or postage. Deceptive, in my view.

We all think we “see” things correctly, most of the time. Even when we’re wrong, we think we did the best we had with what we knew. But to say lots of decisions are “hare-brained” insults a lot of hares. (Fact of the day: They are not just large rabbits. I didn’t know.) The real fact, in fact, is that we don’t give much actual thought to our decisions.

An important book describes how this works. In Thinking, Fast and Slow, Daniel Kahneman (the first psychologist to win a Nobel Prize, in economics) describes the two ways in which we respond to the world. Fast thinking is intuitive and emotional. This mode handles most of our reactions. Slow thinking, on the other hand, is conscious and aware. A simple example: When asked the sum of 2+2, you don’t really think; you just answer. Asked the result of 17×24, the fast brain would scream WAIT! as slow brain goes to work making calculations. (Today’s picture references the Aesop fable “The Tortoise and the Hare.” Read versions here if you like. Spoiler: slow guy wins.)

Here’s a harder example: A ball and a bat cost $1.10 together, and the bat costs $1 more than the ball. How much does each cost? The fast brain will say $1.00 because that is a quick, easy response. But it’s wrong. Slow brain is, oddly, lazy and doesn’t want to work if it doesn’t have to. It knows the fast answer isn’t right because $1 is not $1 more than 10 cents but is loath to make the effort. The link has the answer if you want to look rather than solve, or if you don’t have a smart grandkid handy.

That brief introduction leads to other applications, many of which you already know. In business, as in gambling, the first rule is “Leave your emotions at home.” We may like to think of ourselves as following our gut, but that’s really just fast brain trying to intuit. Car buying is a great example of the times we buy with something other than pure analysis. The things we should rationally be considering (MPG, safety, reliability) rarely make it into commercials. These 10 are funny, clever, surprising, or amazing (looking at you, Jean-Claude Van Damme); excitement is a recurring element. Or perhaps just Matthew McConaughey and some pulsing music, low shots, and shiny sides. Here’s a list of worst cars to buy for reliability; a Jaguar and a Tesla are included, as well as lots of other cars I see all the time. All shiny, these are “style over substance.” Slow down, in more ways than one.

Next, looking at what passes for political thinking among most people, we should address confirmation bias. It’s a term we hear all the time, from both sides of the divide. We see what we want to. The problem arises when the concepts we treasure are deeply wrong or misguided. The FBI has been saying that white supremacist and right-wing extremists are the biggest internal security threat since February 2002. Senate Bill 894 (2019) proposed special attention be paid via law enforcement. It didn’t pass, and most on the right would rather not believe it’s needed.

Conspiracy theories present another example. The right has its QAnons; the left, Putin. Historically, there is the fascinating phenomenon known as The Seattle Windshield Pitting Epidemic of April 1954. People in the small town of Bellingham, Washington, began seeing a rash of damaged windshields. At first, vandals with BB guns were presumed responsible. Then the outbreak spread to Seattle and other areas. Wild theories developed, from sand fleas to nuclear testing. At one point, 3000 reports were filed, with citizens asking for help from the governor who took the matter to President Eisenhower. When the phenomenon faded, the most obvious answer—people were simply examining their windshields more carefully—explained an example of mass hysteria. This article from 1954 offers a good summary. Of course, we’re too smart these days to have such thinking. Or not.

The infamous clip of the vote counters in Georgia “finding” ballots under tables in suitcases in just another example. Even Fox News said it didn’t happen. We tend to believe what people tell us, whether they believe themselves or not. That’s fast thinking. Slower thinking might say, “So…those people had somewhere, somehow, been instructed to count hidden ballots knowing full well they were being filmed the entire time?” or perhaps “People don’t keep secrets very well, and none of the alleged malefactors has come forth to tattle?” There is a mnemonic for the “ie” problem in “believe”: Do not believe a lie.

Kahneman saw so much of this he used an acronym: WYSIATI, “What you see is all there is.” Since that is obviously not true, why do we believe it? He explains more here.  We do see what we want to, when it supports what we want it to. Google (in case you didn’t know) keeps your data and gives you information based on what you’ve researched. Someone on the right gets different responses than someone on the left. Hence the rise of VPNs (virtual private networks) that shield your history.

Is there a way to change, to get out of our echo chambers? The simple answer of finding out what the other side is thinking could help, but these days lots of people find that nearly impossible. “You couldn’t pay me to watch Fox” or “Why would I watch someone who so clearly holds me in contempt?” Eli Pariser studies what he calls filter bubbles and wrote about his theory of a personalized internet that over time learns our preferences. It’s an entirely different discussion but highlights the idea that Google gives us what we want because of its search algorithms. This sentence is particularly striking: “A world constructed from the familiar is a world in which there’s nothing to learn … (since there is) invisible autopropaganda, indoctrinating us with our own ideas.” Scary, and I’ll leave it there to be pondered.

So, to the question of how to change. Our lazy brains won’t like it because there’s effort. Read or watch what you like, and don’t watch other things if you would rather not. However, take the time to see what sources that are mostly neutral have to say. The Associated Press is a good place to start, online at apnews.com. It’s really old (1846), it’s a non-profit, it’s won dozens of Pulitzer Prizes, and it has an excellent reputation. Is it perfect? No. But it usually just reports straight news and doesn’t editorialize.  And Reuters is the other big company in the same league. Originating in Germany in 1851, it remains perhaps more international. You can check out selected stories from these and others that have been rated by analysts left, right, and center at Ad Fontes Media.

With my apologetic hat in hand, I will commit to thinking slower and not saying/posting the first thing I’ve googled. I urge others to consider broadening their reading and viewing and checking facts before they repost. I’ll see it when I believe it has its applications, I think perhaps in matters of faith. When I was teaching, I always had a set of lessons to introduce students to my method. One story concerned a wise person who sat at the top of a high mountain. telling the truth to any question. The line was long. One person thought of what the best possible question might be: “What is the most important thing you can tell me?” And the answer: “Pay attention.” This miffed the seeker, who decided to go back and try again with a revised question. Long line. “What are the three most important things you can tell me?” The answer had to be different, of course, and it was: “Pay attention. Pay attention. Pay attention.” It’s good advice.