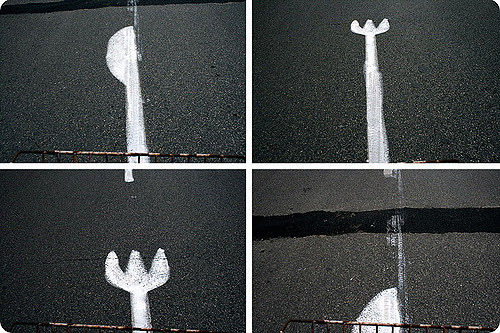 A word about clichés: We like them. Like ruts, we feel comfortable about them and don’t think too closely about them unless compelled to do so. “Coming to a fork in the road” is appropriate this time of year as students prepare to graduate high school and enter what we laughingly call the real world. The thing is, of course, that while we may visualize a fork as having two branches, usually there are many. Consider Houston’s Micheal Brown who applied to 20 colleges and was accepted at all of them, beginning with Stanford and ending with Harvard. Full rides to each. He was originally hoping for Stanford but now (of course) isn’t sure which to choose. It’s a fabulous story that I urge you to read.

You know Robert Frost’s poem “The Road Not Taken.” It looks simple enough, but the poet himself warned about its hidden irony. It was written for a friend who had trouble making up his mind and then tortured himself with second thoughts after making a choice. The two paths are “really about the same,” and we can’t tell what will happen one way or another. And when there are 20 potential paths, well, good luck, Micheal.

“Knives in the road” are another matter. (Special thanks to my brother for this image.) It isn’t a cliché, and references are hard to find. Jane Paech, an Australian food writer, blogged at knifeandforkintheroad.com for a time. Quite beautifully, I must say. The Waukesha, Wisconsin, police blotter reported a machete in the road, and according to the caller, it appeared to be “brand new.” Now whether the machete was actually in the road or on it, we aren’t told

Knives cut. A simple choice no longer exists; that which was is gone. Yes, we may still have choices, but none of them may be what we would have liked. I was reminded of Superman’s dramatic reversal of Lois Lane’s death in the 1978 movie. She’s been crushed, and we see him pull her from the wreckage, cradle her body gently, and grieve. Then he says what we all say when faced with tragedy: No. Superman turns back time, for just a few minutes, and saves Lois. Impossible physics aside, it’s the only time I remember that he did something that might be considered selfish.

Rather than go further with generalities, I think I should write more about Christopher Reeve, he of Superman fame. Actually a fine actor who trained at Julliard with Robin Williams, in Noises Off, he receives a bit of acting instruction from Michael Caine. Perhaps more to your taste would be Somewhere in Time. Too sad for me, but a cult favorite with a great soundtrack.

In May 1995, the horse he was riding in a competition refused to make a jump, and Reeve was thrown forward, breaking his neck. The description of his injury is much more graphic, which I won’t share, but you can read a report from the news here. He was left a quadriplegic, unable to walk or breathe. In April 1998, his first autobiography came out, Still Me. Indeed, his life changed, but he continued to work as a director, writer, and activist.

Everyone I know has faced a knife in the road. Divorce, death, debilitating accidents are obvious. Loss of a pregnancy—or three—(again, read how important Micheal Brown is to his mother), failure to pass a crucial exam, job changes, health issues, assaults, perhaps the list is endless. Saying “No” becomes pointless. So we put ourselves at the junction, wave away the lost, and move on. Robert Frost gives himself “ages and ages” to see the difference. I don’t think we need that. Perhaps just another tomorrow will be enough. Christopher Reeve considered death for an instant after the accident, and his wife told him “You’re still you” and that she loved him. On he went for nine years. Acceptance can bring tears, perhaps more than the initial shock. I don’t want another knife if the road. I even know the ones I fear most. For now, I’ll just thank Christopher Reeve for going on.