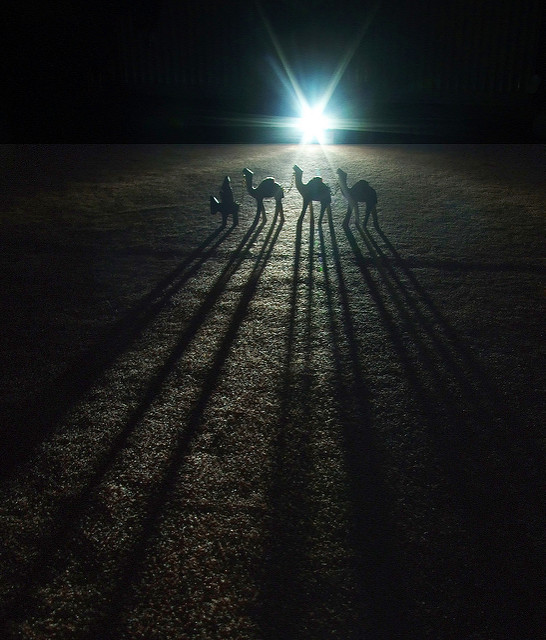 Although I sometimes feel violent when someone asks me if I’m ready for Christmas, perhaps you’ll forgive that failing. I do have some favorite Christmas things to share, and I doubt if all will be familiar.

The first is a short novel (or long short story) by Henry Van Dyke called The Story of the Other Wise Man. Written in 1895, this little volume has been reprinted many times, dramatized, made into a movie with Martin Sheen, used as the text for an opera and an oratorio, and, frankly, cried over. The magus named Artaban misses his rendezvous with the other three and spends a lifetime trying to find the King of the Jews. He almost succeeds, at Golgotha. Remembering that you will weep, it is worth reading.

This tiny story about a Christmas pageant gone awry first appeared in 1966. I didn’t read it then, but perhaps 20 years later. Yes, okay, I still cry at this one too, but mainly because I keep hoping I’d be as kind as the child playing the innkeeper. (And all my children appeared in the perennial production The Best Christmas Pageant Ever, which is very funny in its alternate perspective from kids learning the Christmas story for the first time. Playing at a venue near you!)

New Christmas songs seem rare, but perhaps they aren’t. “Mary, Did You Know” was written in 1991, but I didn’t hear it until 5-6 years ago. The most famous version these days is by Pentatonix, with millions and millions of views. It’s usually performed as a duet.

Another new favorite is “What Shall We Give?” It’s an old Catalonian carol in a modern arrangement. Inexplicably, I can’t find it on Wikipedia. The video shows how to be Christmas, not just how to celebrate.

Something tiny to read, something longer. Two new Christmas song classics. Enjoy. Yes, I still have shopping to do. Don’t ask…

1 thought on “Christmas Favorites (While I Avoid Shopping)”