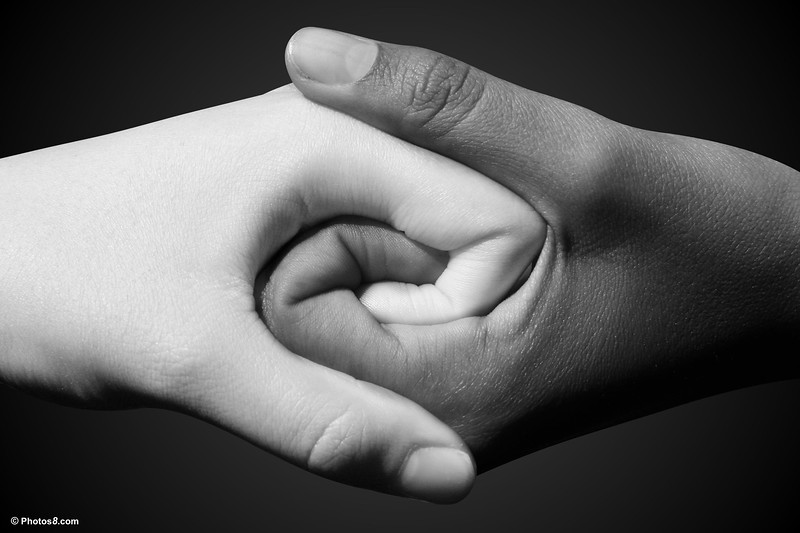 The image, the metaphor, is right. The phrase “chance your arm” refers to a feud between two Irish families in 1492. When the Butlers fled into a cathedral, the FitzGeralds asked them to come out and make peace. They didn’t. They were afraid. So the head of the FitzGeralds had a hole cut in the door and extended his arm through it. He, too, must have been afraid: A Butler might just as easily have cut it off. But that’s not what happened. Someone shook the hand, the feud ended, or so the story goes. In our day, what is that image? What, even, is that arm? What is your arm, your risk? Is it pride or prejudice, or self-righteousness? Ignorance or a willful blind eye?

These days, we are still in factions. The idea of families feuding may have faded, but we make up for blood with so many other things—politics, race, religion, sexual orientation, accents, education, employment—an endless list. The odd thing, of course, is that in fact we all share the same blood. We’re all part of the same family. That which separates us is only superficial, and our choices allow the divisions to continue.

Words seem not only inadequate but also dangerous, however. What can I say that will not offend, that will not make things worse? Rather than rely on my own imperfect self, I asked three women for help. I’ll not identify them, just assure you that they do not look like me and while we share some important things, each feels strongly about racial injustice and ignorance.

One is young and biracial. She has two very different families. When yet another black man was murdered by a white policeman, she did not understand why her many white friends were not saying anything on social media until the protests and rioting began. When there were finally posts about the fact that the arrest was mishandled, she felt the love. It was just too long in coming. Vocalizing is important, she thinks.

Another is Hispanic and the mother of biracial children. Her insights far exceeded mine. Racism—and calling people racist—defeats the purpose and clouds the issue. It’s easy to say “I’m not racist” when, in fact, the more relevant problem is prejudice. No, you may not say your race is better than another, but how quick are you to judge someone before you speak? If we open our minds and try to understand appearances before condemning, we are going to be wiser in the long run. She gave the example of two young men, one black and one white, both with dreadlocks and tattoos. A negative impression of the first (thug, lawbreaker) but not the second (rebellious, provocative) suggests that something other than just race affects our reactions. Her son asked her, “How do we cure this?” Awareness might be a first step. If we’re ignorant, ask. Speak up when we see something wrong. Don’t assume anything. This friend has been mistaken for both a potential shoplifter and a building custodian. It takes retraining on our parts, which is perhaps not a cure but a retraining. Conflict resolution for the soul?

The third is black. She said this: “Protestations of I’m not racist and I don’t see color are useless without the self-examination required to truly see and understand where the inherent biases exist and their origins. That’s the only way to begin to effect change. The more we can enlighten folks who are receptive, the faster the changes come.”

This article discusses a Canadian artist who installed a project at a Philadelphia art school that simply said “white people. do something.” Kara Springer happens to be black, and the phrase resonated with her as she explored black pain. Many questions are not easily answered. The article concludes with an engineering reference. One of Springer’s works is called “A Simple Matter of Engineering.” That phrase is apparently code for something engineers consider impossible. I don’t believe this problem can’t be solved.

The three women quoted—all of whom I call sister in our faith tradition—feel frustration and urgency. All have similar messages. 1. There is a problem. 2. Saying there isn’t a problem is a problem. 3. When you see something is a problem, say it’s a problem. Acknowledgement is huge. That arm through the Irish door is acknowledgement, and risk. I don’t know what that will look like for you or for me. I know it must happen. I believe it will.

1 thought on “Chancing Your Arm”