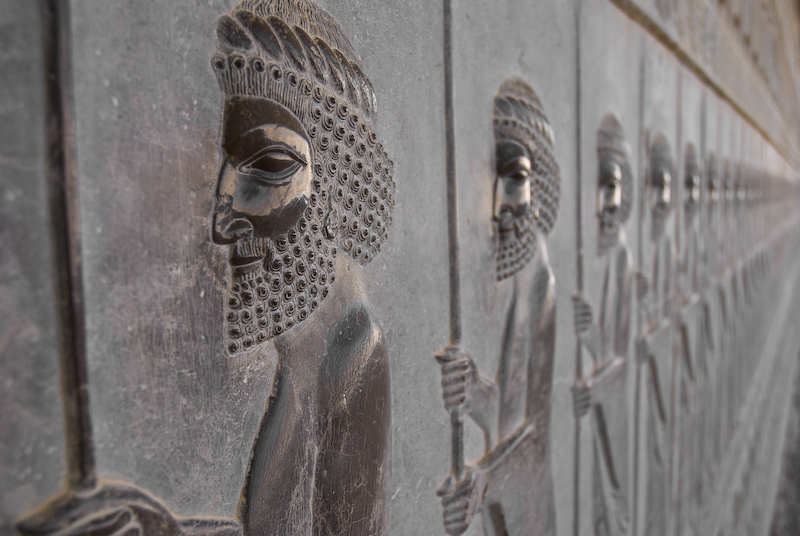 One never knows what will resonate, remain, decades later. In 1986, I watched the movie Short Circuit, the hero of which was a robot named Number 5. A lightning strike makes him sentient. Parallels to Michelangelo’s painting The Creation of Adam aside, the little guy needs data, and lots of it. “More input!” In the stereotypical robot voice. All the time. Maybe sometimes a bit irritatingly. I am that robot.

Which you know because I’ve probably asked you for movie recommendations. At the end of a brief conversation with online colleagues (subtitles ok and they tried, but I kept saying “Seen it.”), a new person suggested an Iranian film called A Separation. There wasn’t time to hear details, so I did a bit of investigation: Made in 2011 for $800,000, box office was $24 million. That got my attention. It won the Academy Award for Best International Feature in 2012, the first Iranian film to do so. Intriguing.

A Separation begins and ends in a courtroom. We hear only the voice of the judges, once while the parents argue with the unseen judge and at the end as their child answers a judge’s questions in a way that is no answer at all: “Have you made up your mind?” with the reply “Yes.” She does not elaborate even though the judge presses her for a response that will make sense to him, either mother or father to prevail. She never does, and the film ends with a shot of the parents outside, waiting, separated literally as they sit on different sides in a busy hallway, the judge having formalized their marital separation.

The first court scene surprises the traditional American divorce with a remote judge on an elevated bench. Rather, it’s obvious the parents are in the judge’s face, almost screaming at him, imploring him to agree with one side or the other. The mother, Simin, wants to leave the country but will only do so if she can take her daughter, Termeh. Visas are waiting, and the father has changed his mind about leaving. He must then be willing to give his permission for Termeh to go, but she wants to stay with him as he cares for his elderly father who has Alzheimer’s with the hope her mother will relent. The judge—who has challenged Simin on her daughter’s future in the country—denies her request. She returns to her parents’ home, and Nader must find a way to protect his father while he’s at work.

Simin tries to help by finding a sitter, a poor woman named Razieh, recommended by a friend and who must make a long commute with her young daughter, Somayeh. Nader and Razieh haggle over her payment, he leaves for work, and Termeh is off to school. Problems arise immediately: the grandfather wets himself and must be cleaned. What happens next is crucial: Razieh calls a spiritual leader to ask if her act of cleaning him—a naked man—is a sin. She learns that it’s not, but the task is difficult for her physically, and she realizes she may have taken on too much. Perhaps her husband can come instead, she suggests.

Immediately, the subterfuges begin. Razieh has not told her husband, Hodjat, she has taken a job. She has not told Nader that she is pregnant. He must conduct an interview with Hodjat without disclosing that Razieh has worked for him. The next day, she is back at work with a vague explanation about her husband’s absence. When Nader returns from work, his father is unconscious on the floor, his hands tied to the bed. He immediately works to revive him, with Termeh crying nearby. Razieh unlocks the door and re-enters to a furious son and accusing daughter. The situation deteriorates quickly. Razieh demands her pay, Nader discovers money is missing and accuses her of stealing. She doesn’t want to leave without it, but he forces her out the door, causing her to fall on the stairs. The family later learns she has miscarried the baby they didn’t know she was expecting and go to the hospital to offer comfort. Hodjat is now the furious father with an even hotter temper. The action takes its final turn when Nader is accused of murder. Other judges—now visible and irritated—add to the tension as Nader’s future is in question.

The most insightful and poignant observation comes from Nader a bit later in the action. It can be distilled as “reasons and excuses.” Although the facts can be reduced to who knew what and when, the heart of the conflict is the play between those two concepts. The centrality of integrity—its meanings and its applications—causes real pain to all the characters. At almost twelve, Tempeh is old enough to know her own mind, her mother explains, but is that a reason for her behavior or an excuse for her lack of decisiveness? Razieh is pregnant, desperate that her husband is out of work, but is that a reason for her to find a job without his permission or an excuse for lying to him and her employer? Simin wants to leave the country for her daughter’s sake, but is the reason safety and protection, or is it an excuse to seek an easier life for herself? Nader has an elderly father who no longer recognizes him and to whom he feels an obligation, but is that a reason to continue trying to maintain care at home, or an excuse not to stay with his wife?

These questions reflect universal concerns, and an American watching the film would understand the conflicts. Cultural components are not a barrier, although some things do seem ancient to our ears such as the payment of blood money for the loss of the child. All the women wear at least a hijab; Razieh wears a chador that reflects her higher level of religiosity (itself an underlying theme). The former is common in our country, and though the latter is rarer, its significance would be obvious. Women drive in Iran and hold professional jobs even though the structure seems patriarchal. Perhaps the need for permission to leave with a child would seem unusual until the viewer remembers the initial premise in Taken. The element of families in crisis, then, is familiar.

Technical aspects crown this work, aside from its humanity. There is not a musical score, for example. Music tells us how to feel; Darth Vader’s imposing leit-motif and the violins-only of Psycho support the action and ambience. Without it we are closer to the characters who become more and more real. The single camera does not manipulate us with clever angles or artsy lingering. There are cuts, essential ones that we don’t notice because they seem unremarkable. Inconsequential actions culminate in vitally important later actions, as when Simin pays movers from a cash reserve. (It does look like a tremendous amount physically. Nader doesn’t want to pay Razieh the 300,000 rials she asks for, agreeing reluctantly. In dollars, that’s about $7.15 for a day’s work.) The tight scenes that we don’t understand immediately are reminiscent of this scene from Roberto Benigni’s Life Is Beautiful (1997).

The directorial sensibility of Ashgar Farhadi has been compared to Hitchcock’s. It’s easy to forget that we, in fact, become part of the story, willingly or unwillingly, as we react with empathy and even dread to the plight of these people, none of them innocent except the very young and the very old. All in all, this jewel of a film deserved its Oscar, something I can’t always say. Even without a definitive ending, the piece offers a satisfaction that is both artistic and experiential, taking us close as we would dare to what seems uncannily like the real lives of real people set in a place we will never go. Yes, recommended.